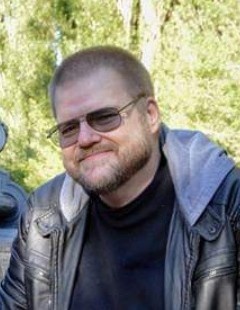 Dale Vincent "Vince" Pickering, 57 passed away suddenly but peacefully on Tuesday July 30th at his home in Preston. He was born on April 19 1962 to Dale and Janice Davis Pickering. Vince lived most of his life in California where he loved all things outdoors, music and magic. Vince met the love of his life Kathy at a young age and they spent 22 beautiful years together. During their marriage they had the light of Vince's life Michael. As a young man Vince worked many jobs but he was most proud of his time with Help-U-Sell reality. He loved everything about the business but most of all helping people's dreams come true. In 2005 Vince moved to Texas to be closer to his brother Chris and his children. After the passing of his mother he moved to Preston with his brother Jon and his family to live near the mountains and great outdoors that he always loved. Vince had many ailments but everyday he woke up with a smile and tried his best to face whatever the day had in store for him. He was a friend to everyone who met him and loved by all. Our beloved son, dad, brother, uncle and friend will be deeply missed.

He was preceded in death by his grandparents, uncle, and beautiful mother Janice.

He is survived by his Father Dale (Jean) Pickering of Oregon, Brother Chris (Jen) Pickering of Texas, Brother Jon (Jessica) Pickering of Preston, Son Michael(Taryn) Pickering of California. Niece Erin, Nephews Daniel, Ian and Charlie and grandson Isaac. An open house memorial will be held at a later date.

To order memorial trees or send flowers to the family in memory of Dale Vincent "Vince" Pickering, please visit our flower store.