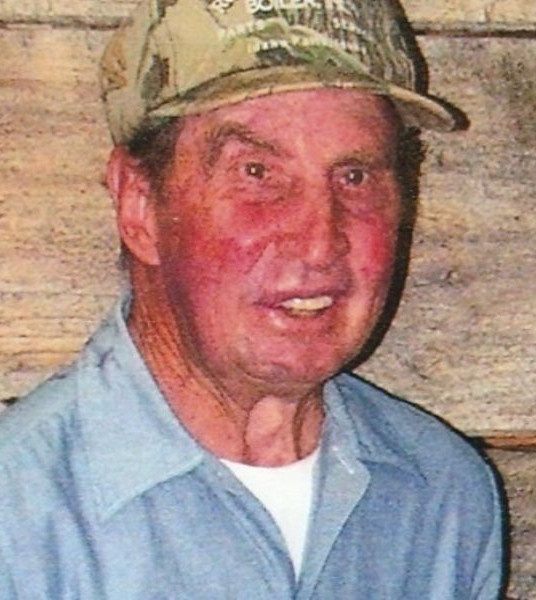 Dale Vernon Critchlow died peacefully on February 18, 2022, in Idaho Falls, Idaho. During his 92 years, he faced health and life challenges, but kept his sense of humor. We honor his lifelong example of love for family and hard work and praise his integrity and his perseverance.

Dale was born to Lucian and Erma Stratton Critchlow on October 27, 1929, in Pleasant View, Utah (Pole Patch). During his school years, he enjoyed track, basketball, and swimming. It was at Crystal Springs Swimming Pool that he met his love, and future wife, Glenna Marie Hunsaker. They enjoyed dancing and going to movies. They were married at Glenna’s home in Honeyville, UT on May 11, 1950.

Glenna and Dale first lived in Ogden, UT, purchasing their first home in Washington Terrace. Later they moved to Preston, Idaho where Dale worked as a journeyman lineman for Utah Power and Light. After renting for a year in Preston, Dale and Glenna purchased 40 acres east of Preston fulfilling his dream of owning land. Dale worked hard at both jobs, farming in the mornings and evenings before and after his workday at the power company. Dale and Glenna loved riding horses and were members of the Preston Boots and Saddle Club.

Dale and Glenna were sealed in the Logan Temple on March 18, 1963. Over the years they welcomed four children, Paul, Norene, Jay, and Cindy. The farm became a great place for their children. With ducks, sheep, cows, geese, chickens, pigs, and horses, there was always something to do!

A near-fatal tractor accident in 1980 led to an early retirement for Dale. With determination he battled injuries and doctors’ predictions, self-imposing additional therapy at home until he could walk, talk, and swallow again.

Years later, Dale had the opportunity to be in the movie Napoleon Dynamite. We were surprised to see how much he enjoyed people approaching him for autographs and photos.

Dale’s funny stories made others smile, and often caused Glenna to say, “Oh, Dale!” Dale was fond of music from the 40’s and 50’s and loved to watch old movies about heroism—especially westerns. He also enjoyed reading. For a few years, Dale and Glenna ran the Franklin County Cannery, putting their hearts and time into helping many to preserve food.

Dale supported Glenna through years of heart health issues and helped and cared for her until she died on February 28, 2008. The last two years of Dale’s life were spent at Morning Star Assisted Living in Idaho Falls, Idaho. We appreciate the care and support he enjoyed there. Cindy and her daughter Chelsee have visited him frequently and we appreciate their special attention to him.

Funeral services will be held on Saturday, March 5, at 11:00 AM at the Preston 5th Ward Chapel, 213 South 200 East, Preston, Idaho. The services will be live streamed and may be watched Saturday at 11 am (MST) by clicking on the following link:

Viewings will be held Friday, March 4, 2022 at Webb Funeral Home, 1005 S. 800 E. Preston from 6:00­­-8:00 PM and again prior to the funeral Saturday from 9:30-10:30 AM at the church. Interment will be in the Honeyville Utah Cemetery. Memories and condolences may be shared with the family at webbmortuary.com

To order memorial trees or send flowers to the family in memory of Dale Vernon Critchlow, please visit our flower store.