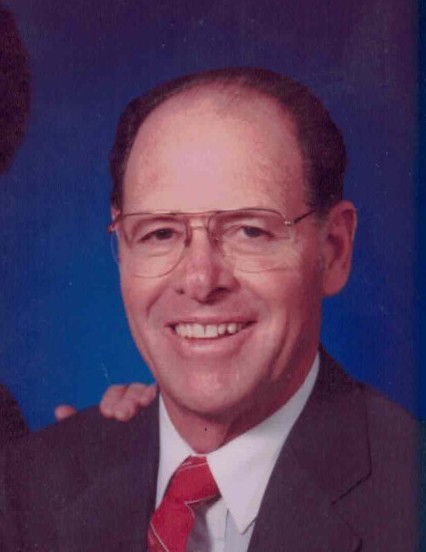 David Ariel Nash, Jr. (D.A.) of Weston, Idaho, passed away into the loving arms of his eternal companion, our mom, on Tuesday, May 29, 2018 at the Heritage Home surrounded by his four daughters.  Dad was born on December 28, 1924 In Logan, Utah to David Ariel Nash and Ruby Smith Nash.  He was the oldest of five sons.  Dad married his eternal companion, Betty Jean Karren on January 20, 1945 in Madison, Wisconsin where dad was stationed in the Navy.  Upon returning home to Weston, Idaho, they were sealed for time and all eternity in the Logan Utah Temple on April 12, 1946.  Dad and mom are the parents of four daughters:  Karen Hamilton of Twin Falls, Idaho; Jeanette (Dan) McKay of Preston, Idaho; DeAnn Lyon of Preston, Idaho and Susan (Kevin) Blair of Weston, Idaho.

Dad and Mom settled in Weston on a small farm to raise their family.  Dad later became part owner and operator of KPST Radio Station in Preston.  He worked for and retired from the U.S. Postal Service as a rural letter carrier.  One of dad’s most rewarding jobs was that of Juvenile Resource Officer for Franklin County.  Over the years, he kept in touch with many of the young people that he had counseled.  Dad also received the Boy Scout Silver Beaver Award for his scouting involvement.

Dad was a faithful member of the Church of Jesus Christ of Latter-day Saints.  He held many church positions from being in bishoprics, Bishop, Stake Presidency Counselor and High Priest teacher.  Dad and Mom were also dance directors for the ward, stake and regional dances and directors for the All Church Dance Festivals that were held in Salt Lake City, Utah.

Dad was married to Mom for 52 years before her passing in September of 1997.  Dad then married Elaine Andersen of Logan, Utah in June of 1998.  To this union eight more children joined our special family.  His sweet Elaine passed away in August of 2004.  Dad and Mom also had two foster Indian daughters, Kay Palmer and April Peck in our family.

Dad had many hobbies that kept him busy:  bowling, golfing, square dancing and square dance calling, genealogy research, compiling the history of his ancestors and Linrose Ward.  He loved to travel to his cabin in Alpine, Wyoming, being involved with his girls and families and step-children and families.

Funeral services will be held on Monday, June 4, 2018 at 11:00 a.m. in the Weston Idaho LDS Church, 27 N. Main, Weston, Idaho.  A viewing will be held on Sunday from 6-8 p.m. at Webb Funeral Home, 1005 South 8th East, Preston, Idaho and Monday from 9:30-10:30 a.m. at the church. Military rites and interment will be in the Franklin Cemetery.  The family would like to give a sincere thank you to those who cared for our loving daddy.  Dr. David Beckstead, Jordan Snedaker and staff of the Heritage Home.  A very loving thank you to Thelma Roley and Brenann Williams of Access Health Care for the special care they gave to Dad and us girls in his final hours of passing.  Memories and condolences may be shared with the family at www.webbmortuary.com

To order memorial trees or send flowers to the family in memory of D.A. Nash, please visit our flower store.
Send a Sympathy Card