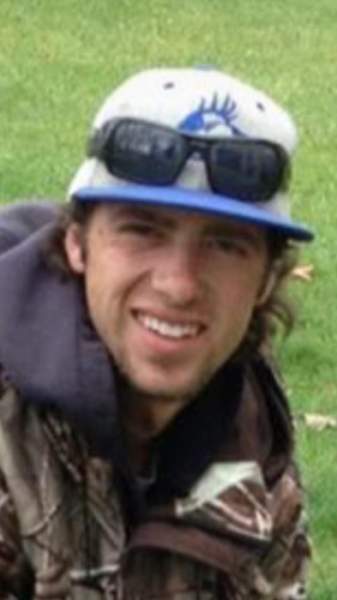 Corey Reed Smart , 23, son, brother, grandson and cousin. He was the middle of three sons. He passed away May 24, 2018 unexpectedly in Preston Idaho.

Corey was born June 30, 1994 in Logan, Utah to Michael and Lori Smart of Preston. As a boy he played many sports from basketball to being on a baseball team that was undefeated 17-0. He was awarded the rank of Eagle Scout at the young age of 13. Corey graduated from Preston High in 2012.

Corey was an avid hunter, fisherman, and snowmobiler. He had a passion for everything outdoors and lived for the next hunt.  He was very gifted in his career; he was an amazing carpenter that did several projects around the community and the country.

He was a very social and outgoing person who would do anything for anyone. He was an animal lover through and through. He had many animals that ranged from a rooster named Hamster to a horse named Dixie. He loved nothing more than going out on a hike and enjoying nature. One thing he truly loved was going out during spring time searching for animal sheds such as deer and elk antlers.

He is survived by his parents Michael and Lori of Preston, His two brothers Tyler (Amy) of Weston, Idaho and Brandon of Preston. His grandparents Reed and Vicky Jenkins of Newton Utah, David and MaryAnn Smart of Dayton Idaho, and his many aunts, uncles and cousins.

To order memorial trees or send flowers to the family in memory of Corey Reed Smart, please visit our flower store.