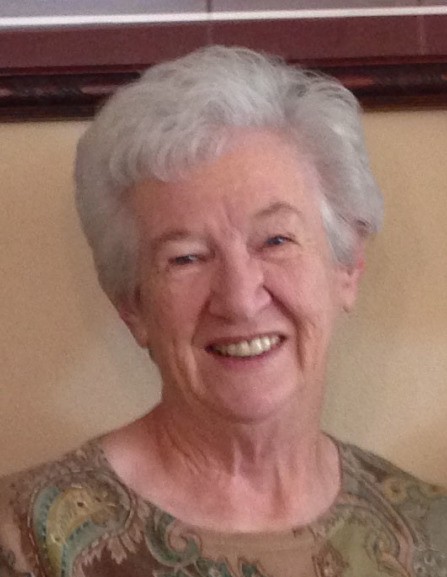 Connie JoAnn Harris Garrett passed away at her daughter’s home in St. George, Utah, on the evening of May 29, 2017 after succumbing to the effects incident to age.  She was able to spend the last month of her life enjoying the company of her husband.

Connie was born on July 22, 1934 to Orval Henry and Laura Layne Harris in Fairview, Idaho. She spent much of her childhood years living and working on the family farm. She attended schools in Fairview and Preston. Shortly after graduating from Preston High School, she married her sweetheart, Richard L. “Dick” Garrett on June 6, 1952 in the Logan LDS Temple. They lived in Preston and were the parents of one daughter and two sons.

Over the years, Connie worked at several different places.    She sold clothing for many years at Tanner’s Mens Wear and eventually retired from IFA.

Giving service was her hallmark.  She served in many callings of the LDS church including YW/MIA and Relief Society.  She was the nursery leader for many years and became “Grandma Connie” to kids old and young from near and far.  Only 13 could actually claim her, and later a whopping 24 great grandchildren who believed if everyone could have a Grandma Connie the world would be a better place.

Funeral services will be held on Monday, June 5, 2017 at 12:00 p.m. at the Fairview 2nd Ward LDS Chapel, 165 West 4800 South in Preston. A viewing will be held Sunday from 6-8 p.m. at Webb Funeral Home and Monday from 10:30-11:30 a.m. at the church in Fairview. Interment will be in the Fairview Cemetery. Memories and condolences may be shared with the family at www.webbmortuary.com

Connie’s family would like to thank Sunrise Park Senior Assisted Living, Dr. David Beckstead, Rocky Mountain Hospice of  Logan and St. George and Webb Funeral Home for the tender service they provided for their wife and mother.

To order memorial trees or send flowers to the family in memory of Connie JoAnn Garrett, please visit our flower store.
Send a Sympathy Card