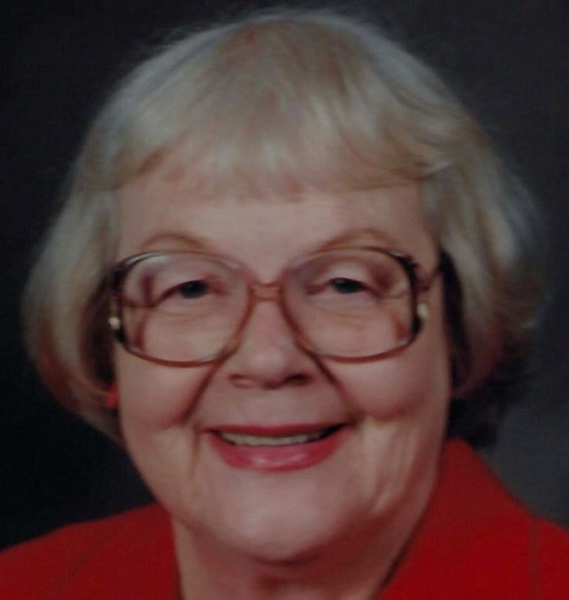 Colleen Kjar Durrant 89, strong, loving, passionate, intelligent, sharp-witted, opinionated, and so much more, was finally reunited with her true love on February 24th 2019 in Logan, Utah after a prolonged and epic battle with Alzheimer’s disease and other mortal infirmities.

Colleen was born in Preston, Idaho on April 10th 1929 to Junno Jensen Nielsen Kjar and Mary Sabina Hoefler Kjar. Colleen was joyfully welcomed as the first child to survive, her parents having lost the first two older children at birth. Colleen was followed by and devoted to her sister Marilyn, brother Robert and sister Judy.

Born at the beginning of the Great Depression, Colleen witnessed and was keenly influenced by the challenges, fears, and stresses of those times. A perceptive observer and journal writer, she preserved a marvelous record of the strength, courage, faith, and also the disappointments and struggles of her family and members of the Preston community where she was raised. She insightfully chronicled the spirit of those trying times in her numerous writings.

Colleen was educated in the Preston schools, graduating from Preston High School in 1947. She thirsted for knowledge and had native curiosity that led her to seek that knowledge from books and great literature. Higher educational opportunities, while being delayed for a season, culminated in a BA (Magna Cum Laude) and later a Master’s degree in English at Utah State University. Colleen gloried in the written and spoken word and developed a unique and perceptive writing style that was informative and piercing in its honesty and clarity. She was a talented artist and left many evocative and beautiful paintings that are treasured by her family. She was also blessed with a beautiful singing voice that she shared throughout her life.

She began a career teaching English, Speech, Drama, and German at West Side High School in Dayton, Idaho in 1970, and for 22 years she inspired her beloved students with her love of learning and of great literature. Many of her students still fondly recall her teachings and respond affectionately to her memory.

Colleen met her future husband Merlyn Durrant in marching band where she played clarinet and he played the cornet. Colleen and Merlyn W Durrant were sealed for time and all eternity on June 4th 1948 in the Logan, Utah Temple.

Mother was intensely proud of her combined pioneer and immigrant heritage and she loved her children and grandchildren with equal devotion.

Dad was her protector and guide on many adventures throughout the western US and later on two trips to Europe where mom was able to connect with her father’s family in Denmark and also travel widely in Europe. Mom and Dad loved to load up the camper and disappear into the wilds of Idaho, Wyoming, Montana or any other nearby state, but got around to most of the interesting places within a thousand mile radius of home including Canada and Alaska. When Dad would turn up some wild and nasty looking backroad leading to who-knows-what-end, Mom would protestâ€’sometimes with precision bluntnessâ€’but she was usually game for whatever was to come and loved to recount the adventure later in her journals. Most of all they loved their family and their little farm in Cove that became the center place for their children and later, their grandchildren.

She had a faith in and a love for her Savior Jesus Christ, and looked to Him in all her trials for rescue and relief. She served faithfully in many callings in the Church of Jesus Christ of Latter-day Saints, and is remembered for the many one act plays, road shows and choir performances that she led.

Colleen gave service in numerous and varied ways. She and Dad opened their home to our foster sister Tina Barbone Paquin, who became a member of the family, and several foreign exchange students, including our Danish cousin Kristina Hjort Holluf. Closest to her heart was literacyâ€’ working tirelessly to tutor individuals to improve their reading and writing skills. She also founded a Cache Valley chapter of the Whittenberger Women Writers Group  with a grant awarded by that organization and she was an active was active member of the national Pen Women organization for many years.

Funeral services will be held on Saturday,  March 9, 2019 at 11:00 a.m. in the Cove Ward Chapel, Cove, Utah. Friends may call Friday  from 6 to 8 pm at the Cove Meetinghouse and again prior to services from 9:30 to 10:30 a.m. Interment will be in the Franklin Idaho Cemetery. Memories and condolences may be shared with the family at: webbmortuary.com

To order memorial trees or send flowers to the family in memory of Colleen Durrant, please visit our flower store.