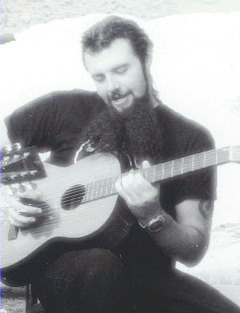 Colby Edwin Fonnesbeck, 30, passed away unexpectedly on Wednesday, June 8, 2016 in Preston, Idaho. He was born on January 11, 1986 in Preston, Idaho to Ed and Bambie Duke Fonnesbeck. He spent his early years in Salmon Idaho and Franklin Idaho. He attended and graduated from Preston High School in 2004 where he participated in Football and track. He earned a scholarship in football to Boise State University.

On November 13, 2010 he married his first love, Amber Maddock. They have one son Tristen Edward Fonnesbeck who was the light of Colby's life.

His passion in life was playing the guitar which he was amazing at. Everyone enjoyed listening to him play. He always made people laugh and was fun to be around. He was very close to his family. Together they enjoyed hunting, camping, horseback riding, cook outs, and the outdoors.

In lieu of flowers donations can be made to the Colby Fonnesbeck account at US Bank.

To order memorial trees or send flowers to the family in memory of Colby Edwin Fonnesbeck, please visit our flower store.