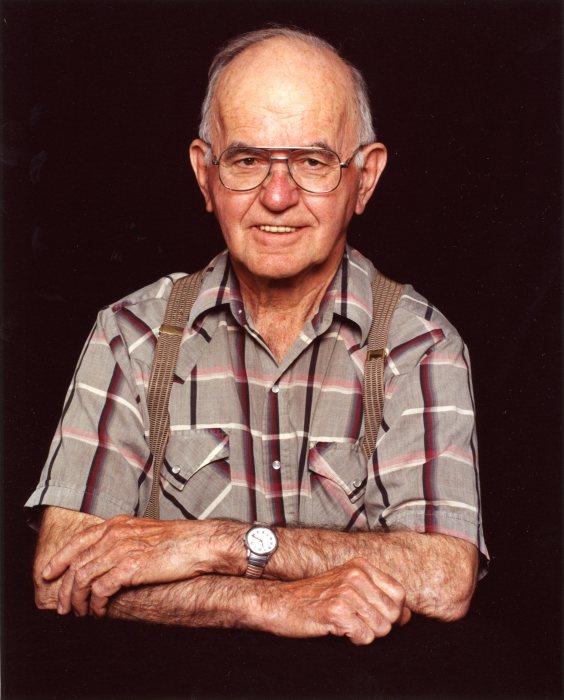 Clyde E. Palmer, 90, passed away peacefully on Friday, November 4, 2016 at the Heritage Home in Preston, Idaho. He was born on August 20, 1926 in West Jordan, Utah on a farm where he learned the value of hard work, to David Raymond and Barbara Ann Cox Palmer, the 15th of 16 children. He received his early schooling in West Jordan Elementary and later at Jordan High School in Sandy, Utah. He served a mission for the LDS Church to the Southern States from 1946-1948. He married Joyce J. Johnson on May 26, 1949 in the Salt Lake Temple. They have enjoyed over 67 years of marriage. Six children were born to this marriage.

He began his apprenticeship to become a Journeyman Machinist in 1950 and worked in a machine shop as a Journeyman for 17 years. He was a farmer at heart and always desired to buy a farm. When circumstances permitted, he bought a farm in Dayton, Idaho and established a family dairy operation where the family worked for the next 13 years. When the children married and left home, health concerns necessitated selling the farm. He took up his Journeyman Machinist trade and set up his own machine shop nearby and did custom repair work for the local farmers. He was known as "the guy who could fix anything!" He had a special gift of perception where he could look at a handful of broken parts and tell what they were supposed to do and where they were supposed to fit.

Clyde studied the piano since he was seven years old and had a small dance band while still in high school. He also played the drums and the violin. When he moved to Dayton in 1967, he learned to play the organ and was ward organist for 30 years. Also, he had a small Wurlitzer organ that he could haul with him where he was invited to play for church dances and other civic events. He enjoyed playing background music for the local rodeo for several years.

He was always active in the LDS Church and held many positions of teaching and leadership. In his retirement years he and his wife served three missions for the LDS Church. He especially enjoyed doing family history and served as a staff member for the local Family History Center since 1991.

Funeral services will be held Thursday, November 10, 2016 at 11:00 a.m. in the Clifton 1st Ward LDS Chapel. A viewing will be held on Wednesday from 6-8 p.m. at Webb Funeral Home in Preston and Thursday from 9:30-10:30 a.m. at the church in Clifton. Interment will be in the South Jordan Cemetery at approximately 4:00 p.m. Memories and condolences may be shared with the family at www.webbmortuary.com

To order memorial trees or send flowers to the family in memory of Clyde E. Palmer, please visit our flower store.
Send a Sympathy Card