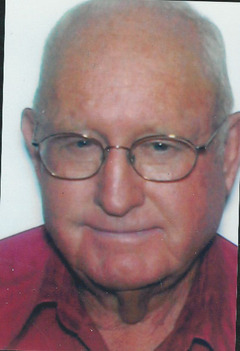 Cliff Daral Johnson, 84, passed away Saturday, February 20, 2016 at the Heritage Home in Preston, Idaho. He was born May 28, 1931 in Treasureton, Idaho to George Lesley and Anna Mary Roholt Johnson. He married Alice Reeder on June 9, 1955 in the Logan LDS Temple.

Cliff was a member of the Church of Jesus Christ of Latter Day Saints. As a young man, he was called to serve as a missionary in the Central States Mission. Two of his favorite areas included Kansas City, Missouri and Shawnee Oklahoma.

Shortly after getting home, Cliff was drafted into the army. This was the beginning of 33 years of army activity. One of his original assignments was building bridges over the Rheine River in Germany. He finished his time and became a member of the Preston National Guard Unit where he served as supply sergeant for many years.

Cliff’s life profession was ranching at Stock Valley Ranch in Treasureton Idaho with his father George L Johnson and his brother Charles L Johnson. Stock Valley Ranch has been in the Johnson family for over 120 years and has now seen the birth of a potential 6th generation. Cliff spent thousands of hours mowing, baling and hauling hay, fixing fence, herding sheep, chasing cows, planting and harvesting, and throwing rocks, just to mention a few of the activities and chores required to run a ranch.

One of Cliff’s favorite things to do was get in his car with his wife Alice and drive. Together, they have drove their car through every state, except for Hawaii, which, had there been a land bridge, would have been part of the list. Many of the provinces of Canada and parts of Mexico were also visited by the traveling couple. One of his life’s highlights was driving to Alaska. Driving along the ocean and visiting the Monterrey area of California was an annual trip after the crops had been planted, or in the fall after the work was done.

Cliff also enjoyed watching nieces and nephews play ball in church and high school related activities. Quite a few miles were put on the old car chasing the Riverdale Ward district and regional champion softball and basketball teams. Later, the activities of the Soda Springs Cardinals caught his attention as grandchildren were participants in many sporting activities.

Funeral services will be held Thursday, February 25, 2016 at 12:00 noon in the Riverdale 2nd Ward Chapel.  A viewing will be held on Wednesday from 6-7:30 p.m. at Webb Funeral Home and Thursday from 10-11:30 a.m. at the church. Interment will be in the Treasureton Cemetery. Memories and condolences may be shared with the family at www.webbmortuary.com

Special thanks to the faithful team at the Heritage House for their kind and loving care in taking care of Cliff.

To order memorial trees or send flowers to the family in memory of Cliff Daral Johson, please visit our flower store.
Send a Sympathy Card