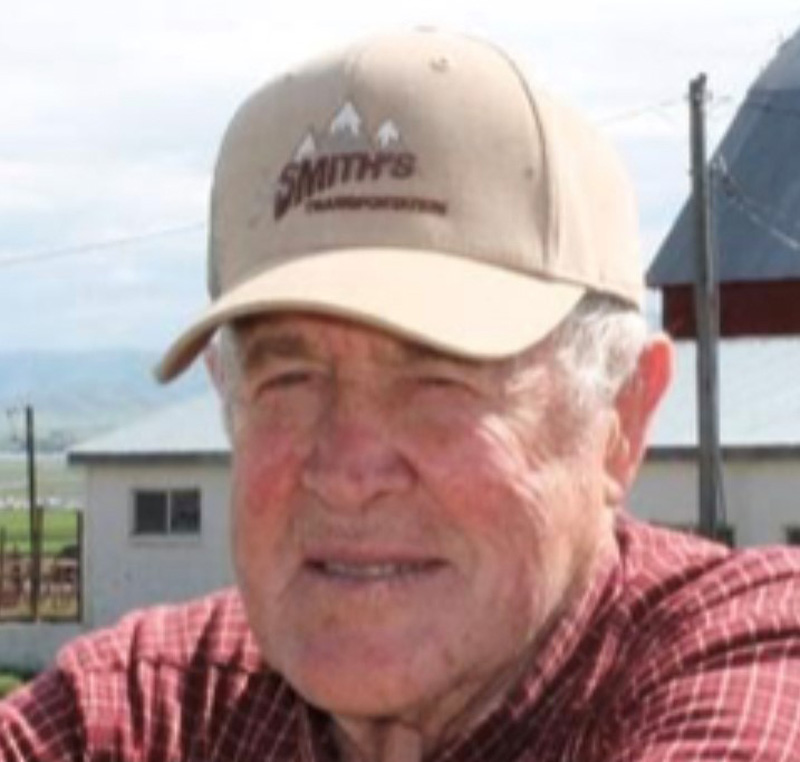 Cleve Jamison Bodily, 91, passed away peacefully on Wednesday April 20th, 2022 in Preston, Idaho. He was born on May 18,1930 at the family home in Fairview, Idaho. He was the third of five children born to Myrl Leroy and Lula Jamison Bodily. He grew up working on the family farm, milking cows and tending the fields. He participated in wrestling and boxing at Preston High School and graduated in 1948. He served in the United States Air Force from 1950-1954 and served in Iwo Jima during the Korean War servicing airplanes.

During this time Cleve courted and married his high school friend, Marian Louise Meek, on July 10, 1953, in the Logan LDS Temple. They were married 60 years before her passing in 2013 and are the parents of nine children. He cherished his life on the farm, working tirelessly side by side with Marian. He taught his children by example how to work hard and enjoy the journey. He continued milking morning and afternoon until he lost most of his eyesight in 2018.

Away from the farm he enjoyed evening dinners in the canyon, a pizza in Logan at Fredrico’s or just a glass of lemonade at home with family and friends. He was an enthusiastic fisherman and hunter always bringing home plenty of fish to fry for dinner. He looked forward to nights out with Marian and close friends going to USU basketball games and family activities.

His entire life was dedicated to his family, friends, and the gospel of Jesus Christ. Cleve was a faithful member of The Church of Jesus Christ of Latter-day Saints all his life and served diligently in many callings including home teacher, Bishop, Stake Mission President, and most memorably as a Stake Patriarch.

The family would like to thank FCMC Hospice and Transitional Care Unit for the kind and loving care shown to Cleve during his last few months of life.

Funeral services will be held on Monday, April 25, 2022 at 11 a.m. in the Fairview, Idaho LDS Chapel, 165 West 4800 South in Preston.  The services will be live streamed and may be watched Monday at 11 am (MST) by clicking on the following link:

Viewings will be held Sunday from 6:00-8:00 pm at the Fairview, Idaho LDS Chapel and again prior to the services Monday from 9:00-10:30 am at the church. Interment will be in the Fairview Cemetery. Memories and condolences may be shared with the family at webbmortuary.com

To order memorial trees or send flowers to the family in memory of Cleve Jamison Bodily, please visit our flower store.
Send a Sympathy Card