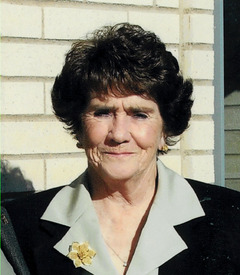 Our beloved wife, mother, grandmother, sister and friend Cleo Smart Barthlome Robinson passed away peacefully May 23 2015. She will be missed greatly by her family and friends. Cleo was born September 1st, 1929 to James Floyd Smart and Ruth Elizabeth Larsen in Grace, Idaho, where she lived and graduated from Grace High School and then later went to Dixie College. She married DeeMar H. Barthlome June 16, 1948. They had four children, Randy (JoAnne) Barthlome, Victoria (Ralph) Keller, Kimberly (Mike) Anderson and Layne (Christy) Barthlome, whom they loved very much.  DeeMar passed away February 9th, 1977.

Cleo worked several jobs over the years, finally retiring from Presto Products at the age of 62. She had a special place in her heart for the “Penny’s ladies” (JC Penny co-workers).

Funeral services will be held on Saturday, May 30, 2015 at 12:00 p.m. at Webb Funeral Home, 1005 South 800 East in Preston. A viewing will be held on Friday from 6-8 p.m. at Webb Funeral Home and Saturday from 10:30-11:30 a.m. also at the funeral home. Interment will be in the Franklin Cemetery. Memories and condolences may be shared with the family at www.webbmortuary.com

To order memorial trees or send flowers to the family in memory of Cleo Smart Barthlome Robinson, please visit our flower store.
Send a Sympathy Card