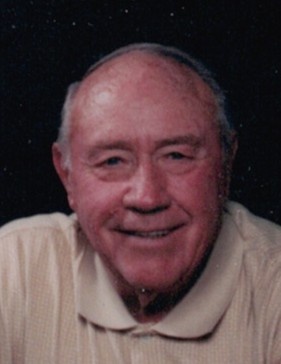 A great reunion in heaven happened on July 31, 2020 when our Dad, Clayne Lee Pearson, passed away peacefully with his children by his side.

He was born September 12, 1930 to Lee and Dorothy Pearson in Rexburg, Idaho. He was the big brother to 6 siblings. He loved to sing, play the violin, ride horses, play sports and always gave his parents a run for their money.

He attended college and then enlisted in the Military as a Marine where he was a radio operator for the Korean War. As part of his service to our country he trained other radio operators in Italy and then was transferred to Nevada where he was involved in the testing of the Atomic bombs. After the bombs went off his troop was sent in to assess the fall out then they were showered off and sent home. He was a survivor but lost some good friends.

He married our Mother, Nelda Kofoed, December 27, 1953 in Elko Nevada. They were hitched the very night they met. He lost the bet that day but they were married for 46 years until Nelda passed away from cancer. They were sealed in the Mesa Temple on June 8, 1963 for eternity.

Later 6 kids were born to them and we gave them the gift of 32 grandchildren, 52 great-grandchildren and 2 great-great grandchildren. They were fun grandparents. They enjoyed all of the family gatherings.....well....she did!

Dad drove 18 wheelers for many, many years. He was driver of the month 2 times in one year out of the truckers in Utah. He received awards for 3 million safety miles, which he would always remind us of when we told him he was too old to drive his convertible Mercedes at 88 years old. He retired from Consolidated Freightways and was well respected by his peers.

Our Dad was a character! He was a preacher, cheerleader, storyteller, avid hunter, amazing fly fisherman, handicap golfer (and by that I mean he had an 18 handicap), coach, teaser, he was generous and a good Samaritan. He took all of us on tons of fun adventures. We will never forget the fun we had with him.

He held the priesthood and loved the Lord. He held many callings in his life and influenced many.

To order memorial trees or send flowers to the family in memory of Clayne Lee Pearson, please visit our flower store.