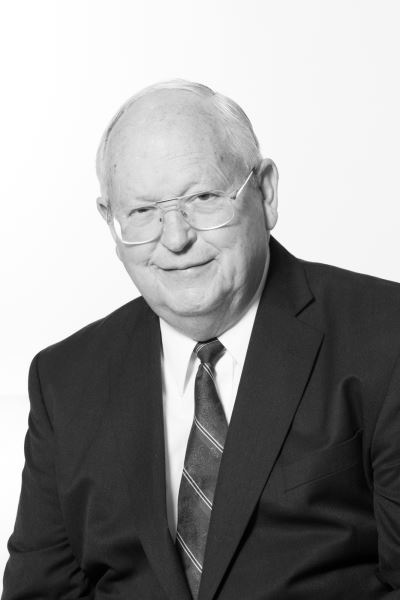 Clarence John Funk passed away peacefully on June 11, 2020, at age 79, with his beloved wife, Joan, at his side. He was born January 5, 1941, the youngest child to Cyril and Hazel Funk of Richmond, Utah.  He was the darling of the family and gave and received a lot of love for the entirety of his life.

In his youth Clarence worked hard on the family dairy farm. But he was also brilliant and curious and after graduating from North Cache High School, he attended Utah State University where he studied Physics. He interrupted his education to serve a mission for the Church of Jesus Christ of Latter-day Saints in the Texas Dallas Mission. Upon his return, he met his great love, Joan Leslie Henderson, and they were married in the Logan LDS Temple in 1965.

After graduating from USU, Clarence and Joan moved to southern California where Clarence attended UCLA to pursue his graduate education. He also began working for the Naval Ordnance Test Station. In 1971, the Funks moved to San Diego. He received his PhD in Acoustical Engineering and continued to work for what is now known as SPAWAR. His work involved tracking and locating submarines and other craft. He took great satisfaction in his job and the friendships he formed with his colleagues. He worked at SPAWAR for over 40 years, receiving the Lauritesen-Bennett Award for significant military contributions in 2003. Clarence also enjoyed travel, photography, classical music and good books and stories.

The most important part of Clarence’s life was his family. He often professed his love to Joan, and he relied on her completely. He and Joan have four children, and he loved them each and cherished them for their talents, passions and interests. He also adored his grandchildren and was interested in their lives and always remembered and noticed things that were important to them. He frequently shared the precepts “Work Hard, Save Money, Finish the Job” by word and example. He loved sharing experiences with grandchildren like baking cakes and taking little nature hikes. He was quick to show affection with hand holding and knee squeezes and would often let himself be led by the hand by a grandchild.  His children and grandchildren will always treasure Bear Lake reunions and cruises to Ensenada and Alaska.

He was a devoted son and did all he could to support his widowed mother, and he cared deeply for his siblings and their children and loved big family reunions.

Clarence was a devoted follower of Jesus Christ and always strived to live with integrity and charity. He was an active member of the Church of Jesus Christ of Latter-day Saints. He loved getting to meet people, and he always wanted to help anyone in need. He was very generous with his resources and his talents. He cherished his time working with members of the Hmong community in Linda Vista. He helped his brother, Dr. Reed Funk, start up a research program to develop and improve perennial plants to create better sources of food and bioenergy.

Clarence will be deeply missed. His family loves him and takes comfort in the knowledge that he has returned home to our Heavenly Father and that families are forever. He is survived by his wife Joan Henderson Funk; daughters Nancy (Sven) Wilson and Catherine (Robert) Cvetko; sons Christopher Funk and James (Annie) Funk; 20 grandchildren; and sisters Anna Wheeler and Ramona Turner. He was preceded in death by parents, Cyril and Hazel Funk; sisters Mary Lou Cordon and Helen Cutler; brother Cyril Reed Funk and granddaughter Angelica Funk.

The family wishes to thank the staff at Right Choice Senior Living Home and Elizabeth Hospice who helped make Clarence’s final months comfortable as well as members of the community and church who have shown so much love to him and Joan and their family.

Funeral services were held Saturday, June 20, at 11 am at the Church of Jesus Christ of Latter-day Saints, located at 4741 Mt. Abernathy Avenue, San Diego, CA 92117. (With masks and social distancing.)

Interment will be held at 3:00 p.m. Tuesday, June 23, 2020 at the Richmond Utah Cemetery. Memories and condolences may be shared at: webbmortuary.com

To order memorial trees or send flowers to the family in memory of Clarence John Funk, please visit our flower store.