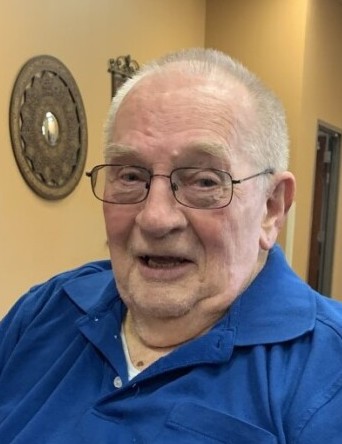 Clair Harris passed away on Monday, November 23, 2020 at the age of 85.  He passed away peacefully at his home in Pahrump, NV where he lived with his daughter, Shanda Hammar and her husband Jeff Hammar.

Clair was born in Preston, Idaho on March 30, 1935 to Ersel and Dayle Harris.  He was the second oldest of six children.  Clair graduated from Preston High School 1953.

Clair was preceded in death by his parents, his brother, Larry, sisters Lucy and Mildred and a daughter Cheryl Ann Hart.  He is survived by six of his children, Teresa Purcell, Russell Allen, Robert Allen, Todd Harris, Shanda Hammar and Cory Harris as well as his sister Arlene Sanford and brother Danny Harris.  He also has 20 grandchildren, 34 great grandchildren and one great great grandchild.

Clair met Patsy Ann Johnson and married her July 24, 1963. They were later sealed for eternity at the Salt Lake City Temple July 5, 1977. Together they had Todd Harris, Shanda Hammar and Cory Harris.  Clair had a daughter, Cheryl Ann, from a previous marriage and Pat had three children, Teresa Purcell, Russell Allen and Robert Allen, from a previous marriage.  This gave Pat and Clair seven children to love while in Salt Lake City.  In 1974, they moved to Lewiston, Idaho with six of their children where they continued to raise them.

Clair was a well-known auto body and fender man as well as a master auto painter.  He managed an auto body shop in Salt Lake City.  He would find wrecked vehicles that had value, purchase and restore them for sale.  He loved restoring Classic 1965 Mustangs.  He moved to Lewiston, Idaho where he became an insurance adjuster for Farmer’s Insurance.  He continued to work on and restore wrecked vehicles on the side.  He retired from Farmer’s Insurance in 1997.

Funeral services will be held at 11 a.m. at Webb Funeral Home, 1005 S. 800 E., Preston, Idaho on December 5, 2020.  He will then be laid to rest in Preston, Idaho next to his wife and parents until the day of our Savior's return.  Memories and condolences may be shared with the family at webbmortuary.com

To order memorial trees or send flowers to the family in memory of Clair Harris, please visit our flower store.
Send a Sympathy Card