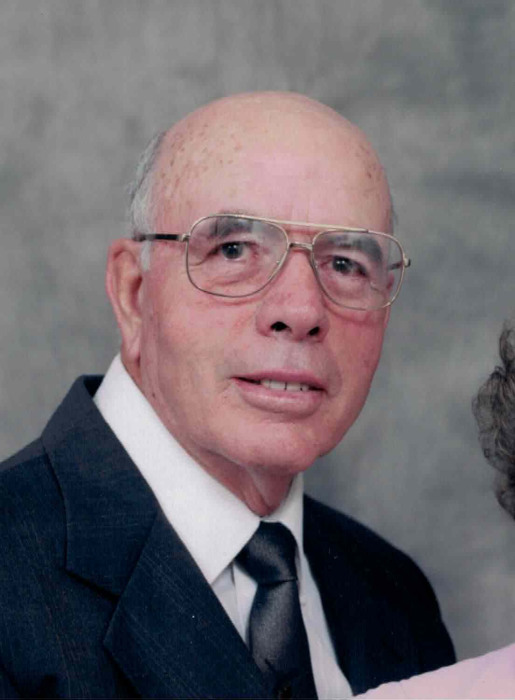 Herald Clair Egbert, 88, passed away on Nov. 19, 2016 at the Franklin County Transitional Care Center in Preston, Idaho.  He was born December 22, 1927 in Logan, Utah the son of Herald Joseph and Lulu Waddoups Egbert.  He married Alzina Mae Thornton on December 12, 1950 in the Logan Utah Temple. He served his country in the US Army during the Korean Conflict.

He was a member of the Church of Jesus Christ of Latter-day Saints.  As a young man, he served a mission in the Eastern States Mission.  He and his wife also served in the Jackson Mississippi Mission.  He served in many church callings including in the bishopric, as gospel doctrine teacher, in the scouting program and on the High Council.  He also enjoyed temple work and family history.

He is survived by his wife, Alzina Egbert of Preston; two sons and three daughers, Herald Egbert of Logan, Utah; Alzina (James) Barnhill of Syracuse, Utah; Maralu Kuhlenhoelter of Evansville, Illinois; Denise (Dan) Ralphs of Clifton, Idaho; and Dean Egbert of Fairview, Idaho; 29 grandchildren, 43 great-grandchildren; and by a brother, Wendell Egbert of Salt Lake City, Utah.  He was preceded in death by a daughter, Tamela Egbert; by his parents and by four sisters.

Funeral services will be held on Wednesday, November 23, 2016 at noon in the Preston 1st Ward LDS Chapel, 213 South 200 East in Preston, Idaho with Bishop Jeff Lords conducting.  Friends may call Tuesday from 6-8 p.m. at Webb Funeral Home, 1005 South 8th East, Preston and Wednesday from 10:30-11:30 a.m. at the stake center.  Military rites and interment will be in the Fairview, Idaho Cemetery.  Memories and condolences may be shared with the family at www.webbmortuary.com

To order memorial trees or send flowers to the family in memory of Clair Egbert, please visit our flower store.
Send a Sympathy Card