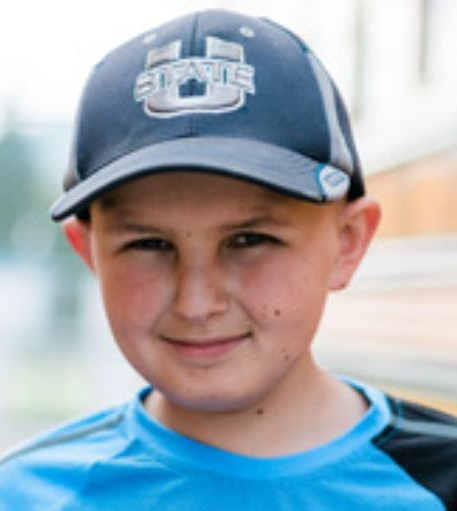 After enjoying the best Christmas ever, our beloved Jack left his loving parents’ arms on the morning of December 27, 2021 to continue his mission on the other side of the veil. Christopher Jack Kimpel entered this world on October 15, 2007, the oldest child of four boys born to Edward and Andrea Kimpel of Clifton, Idaho. Healthy, happy, and always looking out for those around him, Jack’s enthusiasm for life was apparent when the first word he learned as a baby was “Yeah!!” He was his dad’s little shadow and was always interested in anything that his dad liked to do. He loved life and loved everyone he met. The light of Christ that shone through Jack’s smile could light up a room.


Jack had so many interests and hobbies, among which were Legos, anything Star Wars, outdoor adventures, skiing, kayaking, and playing with his little brothers. He was a member of the Church of Jesus Christ of Latter-Day Saints and held the office of a teacher in the Aaronic Priesthood.

The greatest trial of Jack’s life came shortly after his 8th birthday when he was diagnosed with medulloblastoma. He fought valiantly through 6 years of surgeries, chemotherapies, radiation, and clinical trials. As he endured these trials, he rarely complained and always tried to put on a happy face for those around him. Even during times of intense pain or discomfort, he wanted to go to school and live as normal a life as possible.

Jack loved and trusted in the Lord and his Heavenly Father, and this was evident to everyone who knew him. He had great faith, and was never afraid to call upon his Heavenly Father in prayer, during difficult times. He would often ask his nurses to pray with him when he was going through an especially difficult procedure.

Jack is survived by his parents, Edward and Andrea (Hall) Kimpel, his three younger brothers, William Ryan, Logan Kent, and Ammon Edward Kimpel, Clifton, ID. His grandparents are Lawrence and Phyllis Kimpel of Erda, UT and David and Diana Hall of Kaysville, UT.

The family would like to express special appreciation to Jack’s many caregivers over the years, the loving nurses at Franklin County Home Health, the amazing oncology team at Primary Children’s Hospital with special thanks to Dr. Carol Bruggers, his oncologist.

There were so many people who showed love and support to the Kimpel family in so many ways in their neighborhood, community and far beyond. We may not know each of you, but you are all truly angels on Earth.

Funeral services will be held on Saturday, January 1, 2022 at 11:00 a.m. at the Clifton 2nd Ward building, 170 West 100 North, Clifton, Idaho. The services will be streamed live and may be watched Saturday at 11 am (MST) by clicking on the following link:

Viewings will be held Friday, December 31 from 4-6 p.m. at the Webb Funeral Home, 1005 South 800 East, Preston, Idaho and Saturday 9-10:30 a.m. at the Clifton Ward building. Interment will be at the Clifton Cemetery. Memories and condolences may be shared with the family at webbmortuary.com.

Despite his short time with us, Jack’s faith, strength and perseverance touched the lives of those who knew him and even many around the world who will never meet him.

To order memorial trees or send flowers to the family in memory of Christopher Jack Kimpel, please visit our flower store.
Send a Sympathy Card