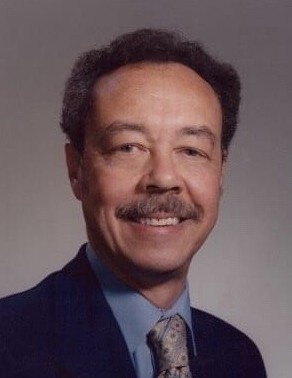 Charles Henry Irby, aged 89, died on January 8, 2020 at his home in San Bernardino California. He was born in New Jersey and was an only child.

He grew up in New Jersey and after high school moved to North Dakota to obtain an Associate Science  Degree in Forestry. He then completed a B.S. in Forestry Management at Utah State University in 1956. He also met his wife Grace while attending Utah State and they married August 28th, 1955 and started their family the following year. He returned to Utah State from 1961-63 and did graduate study in Biological Science Education

Charles had an interesting career that saw the family living in Washington, Utah, California, Virginia and Pennsylvania, Kenya and the Fiji Islands. He worked as a forester for the Bureau of Indian Affairs on the Yakima Indian Reservation in Washington where his first two children were born. In Utah he held a position with the Job Corps at the Thiokol Chemical Corporation. His third child was born during this time in Utah. He worked for the Forest Service in Idaho, Montana, Oregon and Pennsylvania.

Charles  received a Fellowship from Columbia University in 1963 and went to Kenya as part of the Teacher for East Africa program. He was a secondary school teacher for 3 years in Machakos, Kenya. After his assignment he took his family back to the United States via ship from Mombasa to Venice. He then spent several months travelling Europe with the family living mostly out of a Volkswagen Square Back and a tent. The family returned to Utah for 3 years. During this time his third child was born. Charles then departed on another adventure by becoming the Deputy Director of Peace Corps in the Fiji Islands where he developed programs in natural resources, educational and marketing programs in consultation with the Government of Fiji. After 3 years he returned to the USA to Oregon where he  became the Recreational Planner on the Mount Hood National Forest. Charles stayed with the Forest Service for the rest of his career which encompassed being a Legis Fellow working for the United States Senate assigned to Senator Huddleston in 1980. Charles retired from the Forest Service in 1990 as the first African American Forest Supervisor in California and the second in the United States. He was in charge of the San Bernardino National Forest.

When Charles became interested in something he tended to dive right in. He was a serious coin collector and belonged to the local coin club. He enjoyed camping and spent many vacations with his family exploring various national parks. He was an avid fan of the LA Dodgers. He enjoyed watching old westerns and mysteries with his wife on PBS. He traveled a great deal for work and also pleasure particularly in the Caribbean.

His family would like to extend their gratitude to Hospice which enable both Charles and his wife Grace to pass peacefully in their own home with family nearby.

Charles was interred in Richmond, Utah with his beloved wife Grace on August 28, 2020 on what would have been their 65th wedding anniversary.

To order memorial trees or send flowers to the family in memory of Charles Henry Irby, please visit our flower store.