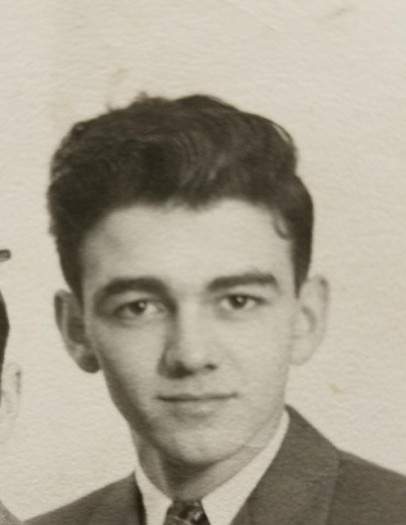 Carroll Dean "Buck" Cummings was born to Carroll Robert and Leona Isabel Norris on January 19, 1931 in Burns, Oregon. He was the youngest of 5 siblings.

Buck spent most of his childhood in Vale, Oregon before moving to Boise, Idaho where he met his sweetheart, LaWanna Betsy Warf, at Boise High School. They were married June 23, 1951.

During high school Buck worked with his dad and brothers at Albertson's Grocery store. He later went to work as a teller in Boise, and continued his lifelong banking career at Valley National Bank after he and LaWanna moved to Arizona.

After raising their children, Buck and LaWanna moved to Preston, Idaho in 2001 to be close to family and grandchildren. Buck was devoted in his love for LaWanna, and spent eleven years visiting her every day while she was cared for at the nursing home. He loved to make new friends and enjoyed making others laugh as much as he could.

Buck was a lover of music and played almost every brass instrument in high school, and he loved the big bands of his era. He was musically talented and was asked to join a big band, but declined because he didn't want to leave his family while on the road.

Buck is survived by his children, 16 grandchildren, and 12 great-grandchildren with three more arriving in 2018. He is preceded in death by his parents, his wife Lawana, four siblings, a grandson and son-in-law.

Visitation is scheduled for Monday, November 20, 2017 from 10:30-11:30 at the Preston North Stake Relief Society Room. Internment will take place at the Franklin, Idaho Cemetery, where Buck will be laid to rest next to his sweetheart.

The family would like to express their deep gratitude to the outstanding caregivers who took such special care of Buck. The love and kindness they shared will never be forgotten.

To order memorial trees or send flowers to the family in memory of Carroll "Buck" Dean Cummings, please visit our flower store.