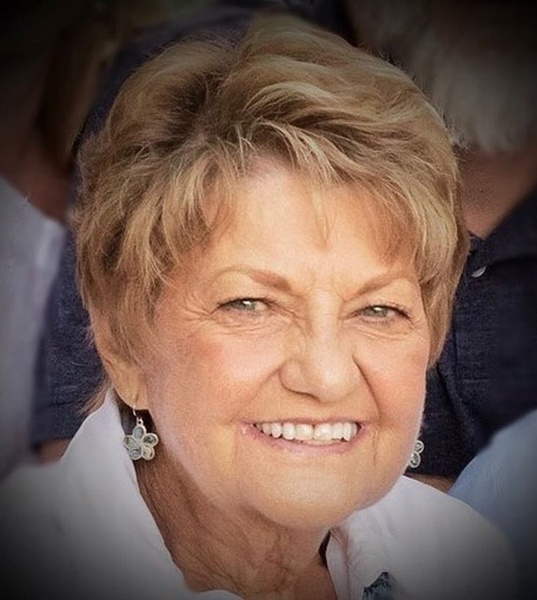 Carlene Poulsen Umpleby was born in January of 1949 in a raging snow storm that her parents, Perth and ArVella (Watts) Poulsen, had to drive thru from Weston, Idaho to Logan. She was the third child and only daughter of a choice family with strong pioneer heritage on both sides. She loved to compete with her four brothers, Denis (Christine), Clayne (Betty Lou), LaMont (Connie), and Scott (Kristy) during farm chores and raising her own steer for the fair.
Carlene graduated from West Side High School in Dayton, Idaho and then from LDS Business College in Salt Lake City with an associate degree as an executive secretary.
On a blind date set up by her Brother Clayne, Carlene met and later married Dean Umpleby in December of 1968 in the Logan Temple of the Church of Jesus Christ of Latter-day Saints. Together they moved from her beloved Cache Valley to Sacramento, California for Dean’s flight training in the U.S. Air Force. Their first child Audrey (Bryan) was born there at an inexpensive military cost of $25. After a year of flight training, an assignment came to Grand Forks North Dakota. While there a second child, Travis (Emily), was born in January of 1973.
In 1974, they left the Air Force to raise their family in a more stable life style and moved to Rawlins, Wyoming where Dean could pursue a career of teaching Electronics in a high school. In Rawlins, four more children were added to their loving family; Shanna (Cody), Denise (Josh), Lynette (Shelby), and Jessica (Matt).
Having traveled and lived in many places, Carlene included individuals of all personalities, races, and nationalities as her friends. She was an active member of her community and church, bringing joy and comfort to all around her. She particularly enjoyed serving the youth through camps, conferences, and sporting events. In 2003, she had the opportunity to return to Cache Valley and work as a secretary in the city office of Hyde Park.
Carlene’s greatest love in life was her family; especially her 24 grandchildren and one great-grandchild.
Carlene is finally free from medical challenges and frustrations of an auto-immune liver problem and later cancer. Her family is grateful to the many Doctors, nurses and neighbors who attended to her needs for more than 20 years as she faithfully managed these physical challenges, allowing her to continue gardening and adventuring with her family until the end. We imagine she is now walking through Heavenly gardens with her Mother enjoying the beauty that surrounds them.
Funeral services will be at the North West LDS Chapel (480 N 100W) in Hyde Park, on Thursday, September 9, 2021 at 11:00 a.m. Viewings will be Wednesday from 6 - 8 pm at the church and Thursday from 9:00– 10:30 Also at the church. Memories and condolences may be shared with the family at webbmortuary.com. Services will be available to stream live on Thursday Sept 9 at 11:00 a.m. MDT through the following link https://youtu.be/7PaezohcWTo

To order memorial trees or send flowers to the family in memory of Carlene Poulsen Umpleby, please visit our flower store.