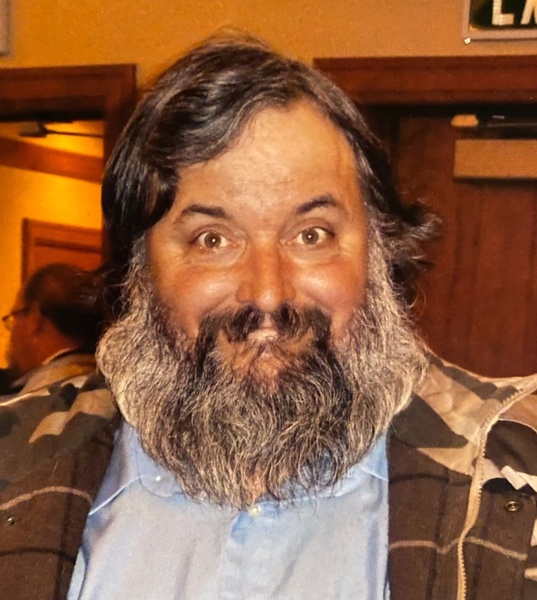 Carl Owen Egbert, 61, was welcomed home to his loving Heavenly Father and into his loving parent's arms. Carl Owen Egbert passed away at his home on Wednesday December 22, 2021. He was born in Preston ID on March 4th, 1960 to Florence (Penrod) and Paul Egbert. He grew up on a dairy farm in Fairview Idaho, working with his dad and Uncle Vernal Egbert. He attended school at Franklin Elementary then went on to do some school in Preston. He was also able to attend the Cache Instructional Workshop and then graduated from Sky View High School. For many years after school, he worked at Cache Valley Dairy as a cheese maker. He enjoyed being a cheese maker but was forced to stop after he was in a motorcycle accident that almost took his life. This accident made it so he was not able to be a cheese maker anymore, because of this he chose to go back to trade school at Bridgerland Technology College and received his welding certification. He was an amazing welder. He was then able to get a job at ICON operating a robotic welder. After he left ICON, he was a pump operator for Cub River Irrigation, but because of the accident he retired early. When you talk to the people around him, they would always tell you how he was trying to help them. He loved to mow lawns and take the tractor out and till his garden and help the neighbors around him.

He is survived by his siblings Myron (Connie) Egbert of Nibley Ut, Clinton (Michele) Egbert of New Castle PA, Sherry (Chevo) Perez of Logan, Joy (Linn) Gittins of Kearns UT. He was preceded in Death by Parents Florence Penrod Egbert and Paul Egbert

Funeral services will be held Thursday December 30th at 12 PM in the Fairview LDS Chapel 165 West 4800 South in Preston. A viewing will be held Thursday from 10AM to 11:30AM also at the church. Interment will be in the Fairview Cemetery. Memories and condolences may be shared with the family at webbmortuary.com
Special thanks to all the Doctors, Nurses and neighbors that helped him during the last few years of his life on earth.

To order memorial trees or send flowers to the family in memory of Carl Owen Egbert, please visit our flower store.