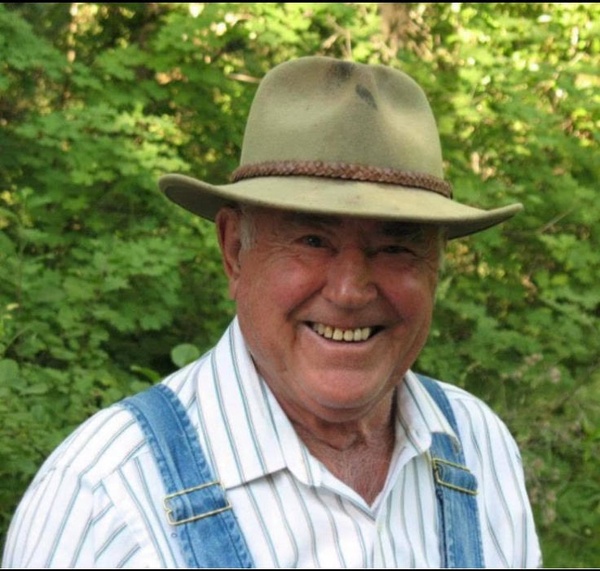 Calvin Coolidge Rich passed away January 15, 2017 surrounded by family.  He will be dearly missed.  He was born November 7, 1926 in Garland City, Arkansas the son of Ella Mae Kimbrell and George W. Rich.

He attended North Heights School in Texarakana, Arkansas.  He was the first of 12 children with a surviving sister, Margret Chandler of Texarkana, Arkansas.

He joined the military at 17 serving for 71 ½ years.  While stationed at March Air Force Base, he met the love of his life and married Julie Ramos in Riverside, California on August 7, 1948.  They made Southern California their home.  They had 3 children:  Debra Lee (Stephen) Gilmore of Preston, Idaho; Donna Lynn Rossier of Preston, Idaho; and Jonathan Calvin (Carol Ann) Rich of Texarkana, Texas.  He has 6 grandchildren and 10 great-grandchildren.

He began studying the Bible and became one of Jehovah’s Witnesses in 1954.  Anyone who spoke to him knew of his love of God’s word.  After retiring from Bryans Beef in Paso Robles, California working as a butcher for many years, he moved to Preston, Idaho in 1973.  He relocated to help establish a congregation of Jehovah’s Witnesses.  In the early 80’s, he moved home and farmed in Arkansas.  He also served as an Elder in the Nash Texas congregation.  He returned to Preston in 1996 to be closer to children and grandchildren.  He loved being a butcher, helping neighbors and friends with their livestock.  He had a love of farming, fishing, hunting and being with his grandson, Jeremy.  He also loved riding his fox trotter horses.  He never met a stranger.  He was a wonderful husband, father and grandfather.

We would like to express appreciation to friends and family for their support and Dr. Beckstead, who was his friend; and the kind care of the hospital staff.

To order memorial trees or send flowers to the family in memory of Calvin C. Rich, please visit our flower store.