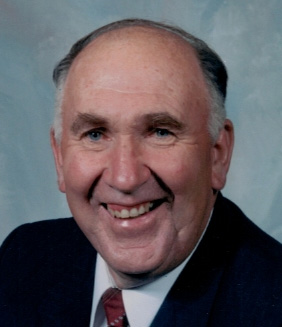 Conrad Reese Naegle, born July 4, 1933 in Logan, Utah, passed at the age of 85 on April 17, 2019. Reese was born and raised working on the family farm in Cornish, Utah to Ann Reese and Manuel C. "MC" Naegle. He was the middle child of three children.

From his boyhood, listening to sports on the stand-up radio, to his final days of watching the Jazz and Aggies with his sons and grandsons, Reese loved  sports. He was a star baseball and basketball player, first for the North Cache High School Bulldogs. In 1951-53 he played both basketball (on a scholarship) and baseball at Branch Agricultural College (now SUU) in Cedar City. His basketball team placed 6th in the national junior college tournament in 1952. He was honored in 1980 by SUU as a past "outstanding player" from 1951-52, both as a member of the basketball team and as a pitcher on a baseball team.

Upon graduation from BAC he was again recruited to play basketball and baseball on scholarships at Utah State, where he ultimately focused on baseball. As an Aggie he received his degree in Physical Education. He paused to be able to serve a 30-month mission for the Church of Jesus Christ of Latter-day Saints in Mexico, an experience he relished his entire life. As a missionary tool, some were allowed to play sports, and he played shortly for the Puebla (Mexico) University and various local leagues where he was known as "El Gringo Grande." A grandson's call to the same mission during his final days brought him great joy.

Reese met Erma Jean Dorius on "the Quad" at USU, and on June 20, 1958 they were wed for eternity in the Logan Temple. During their marriage they were blessed with seven children, six boys and a girl.

Upon graduation from USU in 1958, he was drafted into the Army, four months after being married. He was trained as a medic specialist and served in Korea with a post-war peacekeeping unit. His first son, whom he wouldn't see for 8 months, was born while he was in Korea. He later served briefly as a reservist in post-war Germany and stateside as well.

Reese worked two full-time jobs most of his life, running the family farm and teaching school, baling hay late at night and then getting up early to milk cows and hurry off to school. Dad was hardworking, honest, and fair. His word was his bond. He taught us the value of hard work and "If you say you're going to do it, do it, and do it right." He taught us to be proud of our ancestors, who worked hard and gave all to the Gospel of Jesus Christ. He loved celebrating his birthday on the 4th of July with parades, fireworks, barbecues, and taking his children fishing on the Bear River. When younger, some of us believed the entire nation pulled out all the stops just to honor our dad on the 4th!

He taught in the Cache County School District for nearly 30 years, specializing in Health, Spanish and P.E. He touched thousands of young lives. To this day, many remember "Mr. Naegle" for his daily jokes, his firm but fair approach, and his "smoking machine," showing the ill effects of smoking on lung tissue. Having students recognize and talk to him years later was one of his greatest pleasures. About his retirement from teaching he said: "It was lonely when school time came around in the fall and I knew I wasn't going back. I missed the kids and association with the other teachers. Many mornings I would just stand, wave, and smile when the school bus went by."

Reese and Erma served together in the Texas McAllen Mission from 2000-2001 where Dad also served as Branch President, using his Spanish skills to bring souls to the Savior. Reese served in many church callings over the years including Branch President,  Bishop of the Cornish Ward, High Councilor, High Priest Group Leader, Seventy (stake missionary), instructor for many age groups, and temple worker.

Reese was preceded in death by his father Manuel, mother Ann, and brother Rey. He is survived by his wife Erma; children, Conrad (Lorie), Floyd (Dina), Phillip (Valene), Kelly (Sandy), Steven (Jerilyn), Laura (Brandon) Roberts, and Paul (Andrea); and by a sister, Vilda Mae (Merlin) Forster; and sister-in-law, Sharon Thomas Naegle. He has 22 grandchildren and 18 great-grandchildren. He said the best thing about being a parent was seeing his children's accomplishments and their respect for their parents.

Dad has finished his earthly time and now goes to work on the other side of the veil, awaiting the resurrection of the just, which Dad surely is--and is awaiting the day he can play ball again with his kids.

To order memorial trees or send flowers to the family in memory of C. Reese Naegle, please visit our flower store.
Send a Sympathy Card