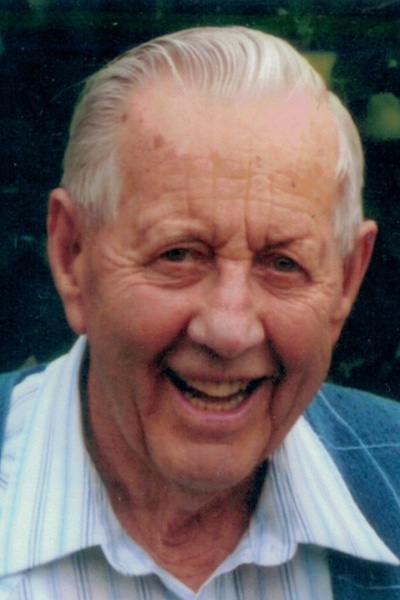 Burnise Mecham, 95 1/2, husband, father, grandfather, great grandfather great-great grandfather, brother and friend, passed away Sunday, March 10, 2019 in Layton, Utah from T.M.B (Too Many Birthdays). He joined his Savior, family and friends in the Beauty and Joy of Heaven. He was born on August 29, 1923 in Riverdale, Idaho the 12th of 13 children to Leo Mecham and Malinda May Adams. He is the 11th generation of Mayflower descendants. He grew up in Riverdale, Preston and Whitney, a child of the Great Depression and learned the value of hard work which served him throughout his life. He served in the Merchant Marines in World War II from 1943-1946. He attended training in Engine and Steam Room aboard ship cooking and baking at Frankwigan Trade School in Los Angeles. He served in the Pacific War Zone, Atlantic War Zone, and Mediterranean Middle East War Zone.

He married VaLora Christensen on November 4, 1946 in Salt Lake City, Utah. They were later sealed in the Logan Temple on April 14, 1952. In 1947 Burnise and his father Leo bought a saw mill in Eight Mile Canyon, 14 miles southeast of Soda Springs, Idaho. In the winter he worked at Conda Mine, in Conda, Idaho. They moved in 1956 from Soda Springs to Tyhee, where he started working as an equipment operator and service and parts technician. He continued that work for 27 1/2 years of service with Garrett Freight Lines. While in Tyhee he built two different homes that the family lived in.

After retirement in 1984, they moved to Preston, Idaho. He was a member of the Church of Jesus Christ of Latter-day Saints and served in many callings throughout his life. He was also an ordinance worker in the Logan Temple for nine years. Burnise always enjoyed spending time with his family as well as hunting, fishing, gardening and traveling. He visited all 50 states. He enjoyed many different card games and was always ready with a story or a joke. His wife of 62 years, VaLora passed away on July 8, 2009.

Burnise was the patriarch of our family and he will be greatly missed!

To order memorial trees or send flowers to the family in memory of Burnise Mecham, please visit our flower store.