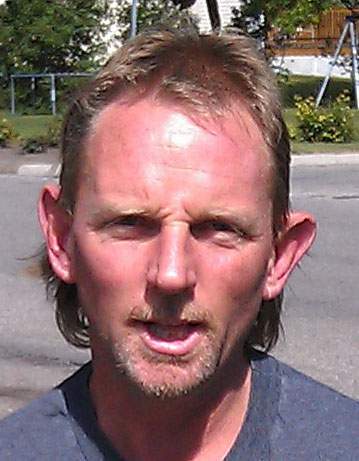 Brian W. Christensen  45, passed away Monday, July 17, 2017 in Pocatello, Idaho from injuries sustained in a motorcycle accident. He was Born on December 3rd, 1971 to Nancy Walker & Jim Christensen in Preston, Idaho.

Brian is a member of The Church of Jesus Christ. He grew up in Preston and attended all the Preston schools.  School seemed easy for him.  One teacher even sent home a test report with his name spelled B R A I N! After school he moved to Pocatello for work. He met & Married Melanie McBee in 1994. They were married in LasVegas Nevada. What a honeymoon that was!! They were later divorced.

Brian developed a lasting relationship with a lot of people in Pocatello and so many other places he went or happened to be.  He was a sociable and likable guy. Brian understands cars and trucks,  he even fixed his dads vans  idler pulley with one hand while looking up into space. And he made it look easy.

He is survived by his Parents, Jim & Nancy Christensen, his sister Brittany and Brothers Chad and Dan, among others.

Funeral Services will be held On Friday July 21, In the Preston LDS South Stake Center, 55 East 100 South in Preston, Idaho  A viewing will be held on Thursday July 20th from 6:00-8:00 at Webb Funeral Home  1005 So. 800 East in Preston and Friday from 9:30-10:30 a.m. at the stake center. Interment will be in the Preston Cemetery. Memories and condolences may be shared with the family at www.webbmortuary.com

To order memorial trees or send flowers to the family in memory of Brian W. Christensen, please visit our flower store.