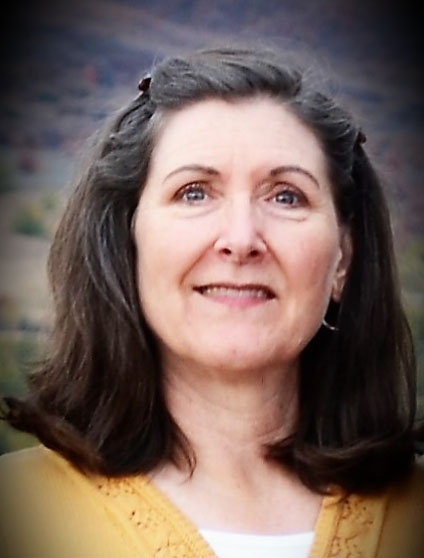 Brenda Homan Petersen, age 59, passed away Friday, Oct. 11th, 2019  in St. Mark’s hospital in SLC while undergoing tests after collapsing in her home on Tuesday from a heart attack.

Brenda was fond of going on walks and even once converted her bedroom into a gym to keep in good health, which she maintained until her mother’s passing one year earlier.  The emotional stresses surrounding her mother’s death, combined with stresses of moving to a new home and other factors dealt a heavy-handed blow, leaving her coping ultimately with congestive heart failure, kidney and liver failure, and edema.

Undeterred, she kept herself occupied with overseeing the remodeling of her new home until her passing.  She had a knack for home décor, color schemes, organization, and re-working house floorplans to better utilize the space.  Brenda worked for a time as an interior designer until becoming a full-time Mother of three children.  Every home she ever lived in saw rather major remodeling projects to meet her high standards.  She kept her handy-man husband, Kendall Ray Petersen, very busy utilizing his skills.

Born in Indio, California to Sandra and Edwin Homan on August 14th, 1960, she was the oldest of three children.  They moved to the great state of Texas in time for most of her school years.  For her 13th birthday, she got a beautiful buckskin, ex-circus, horse (named Bucky) and enjoyed riding him in parades for several years where his circus training put on a good show.  Brenda graduated from Denton High School in Texas in 1979. She then attended BYU in Provo, UT for a few semesters where she met and married Kendall in 1983 in the Provo Temple.

Aside from interior design, Brenda had talent in toll painting, flower gardening, singing, and always loved a good movie with homemade popcorn.  She had a way of finding unique history and gospel books, and loved to study these little-known details.  She went above and beyond in all her church callings, which included Ward and Stake Primary President, Cub Scouts, Young Women’s, Nursery, etc.  Her favorite calling, and where her fun inner child showed through, was Primary Chorister.

Brenda’s attention to detail made her especially skilled at sleuthing out family history work, and ironing out inaccuracies unnoticed by casual genealogists.  Thousands of ancestors have been connected to the family tree due to her time and efforts.  She will be missed, but her life lessons will always be remembered.  Thank you, Brenda.  We love you.

Those who preceded her in graduating from mortality include her Mother, Sandra Hunsaker Homan and her brother, Rafe Burt Homan.

Graveside services are scheduled for Saturday, October 19, 2019 at 12:00 noon at the Lewiston, Utah Cemetery. In case of inclement weather, the services will be moved to the Richmond Utah Stake Center, 135 West Main, Richmond, Utah. Memories and condolences may be shared with the family at: webbmortuary.com

To order memorial trees or send flowers to the family in memory of Brenda Petersen, please visit our flower store.