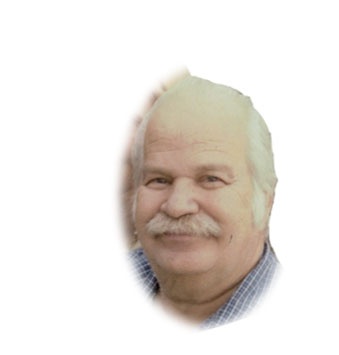 Blair John Siepert, 72, passed away unexpected on Wednesday, December 20, 2017 at his home in Franlin, Idaho. He was born July 1st 1945 in Rexburg Idaho, son of Mark W and Ruby Richmond Siepert.

He graduated from Madison High School in Rexburg in 1964.  He was a custodian for several grocery stores, Ricks College, and Artco.  He also was a painter.  He loved to take drives, going on rides with John on the Harley, going to the LDS Temple, and taking his wife to eat at A&W.  He loved all of his grand kids and visited them often. He was a member of the LDS church.

He married Christine Molen on April 21st 1967.  They lived in Rexburg Idaho for 30 plus years and later moved to St. Anthony, Idaho for a year and then Franklin Idaho for the past three years.

Funeral services will be held Wednesday December 27th 2017 at 11:00 a.m. in the Franklin Stake Center, 106 East Main in Franklin. A viewing will be from 9:30-10:30 a.m.  at the stake center. Interment will be in the Rexburg Cemetery at approximately 4 p.m. Memories and condolences may be shared with the family at www.webbmortuary.com

In lieu of flowers the family would appreciate donations toward funeral costs.

To order memorial trees or send flowers to the family in memory of Blair J. Siepert, please visit our flower store.