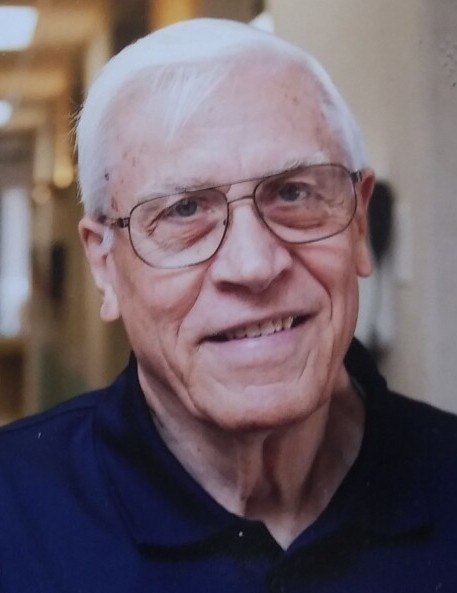 Blair Vernal Moser, 81, was born on October 9,1938 in Preston, Franklin County, Idaho to Arthur Moser and Elnora Lundquist Moser. He is the fourth of six children born to them. He was raised on his family’s dairy farm for all of his childhood and teen years. Blair lost his Father at the age of eight years old.

He attended elementary school, junior high, and high school in Preston, Idaho. Blair served a full-time mission for the Church of Jesus Christ of Latter-day Saints, laboring for two and a half years in the Northern States Mission. He returned from his mission and attended school at the University of Utah and BYU, where he met Marlene Patricia Charles. They were married in Los Angeles, California on December 31,1962 and later sealed in the Los Angeles Temple.

Blair worked as a data processing manager for 20th Century Fox Studios in Studio City, California. He also served in the Air Force National Guard, and then in the reserves for many years. Blair changed jobs twice working for the county of Fresno and the Naval Oil Reserve in Bakersfield, California. He then moved to Granite Bay, California in 1986 where he worked and partnered with The Charles Dental Group. Blair’s first wife Marlene was diagnosed with ovarian cancer. She and Blair courageously battled it for several years together before she died in February of 1992.

Blair and Karen Dunn Moser, of Preston, Idaho, were married October 24, 1992. They were sealed in the Oakland Temple June 10, 1994, in Sacramento, California. Blair served as Stake Patriarch in Antelope, California for 12 years. He then moved to Boise, Idaho due to health problems. He lived his last three years at Veranda Assisted Living.

Karen said, “Blair was the love of my life.”

Blair had a kind and generous spirit. He touched many lives, and all of them were made better for knowing him.

There will be a viewing on Saturday, June 20, 2020 from 1-3 p.m. at Webb Funeral Home, 1005 South 800 East, Preston, Idaho with a graveside dedication following at 3:30 p.m. in the Franklin, Idaho Cemetery.  There will be a celebration of life held at a later date in Meridian, Idaho.  Memories and condolences may be shared with the family at webbmortuary.com

To order memorial trees or send flowers to the family in memory of Blair Vernal Moser, please visit our flower store.