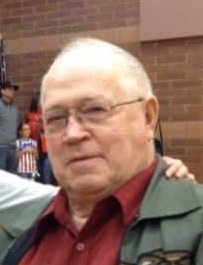 Bernell M. Petersen, 83, of Preston, Idaho, husband, father, grandfather and friend passed away peacefully on February 14, 2020 at home with his wife by his side after a brief 9 month battle with Parkinsons and Dementia.

Bernell was born at home in Franklin, Idaho to Marvin L. Petersen and Ethel E. Morgan Petersen on August 30, 1936. When Bernell was 5, his father Marvin passed away. Ethel later married Leo Johnson. He grew up in Cleveland, Idaho on the farm and went to school in Grace, Idaho. He served in the United States Army stationed in Germany.

Bernell was preceded in death by his parents and his sister Christine. He is survived by his wife, Marie; 4 sons, and 8 grandchildren. He is also survived by his brother Clark Petersen and a brother-in-law Fred Olson both of Preston, Idaho.

Funeral services will be held Saturday, February 22, 2020 at 12:00 pm at Webb Funeral Home, 1005 South 800 East, Preston, Idaho. Friends and family may call prior to the funeral from 10:00-11:30 a.m. Interment will be in the Fairview Cemetery. Memories and condolences may be shared with the family at webbmortuary.com

We would like to thank Dr. Knapp, FCMC Home Health and Hospice for their compassionate care of Bernell. Maylyn, Amanda, Tanya, Dennis and especially Judy for her kind, tender, loving touch which he would respond to. She went above and beyond.

To order memorial trees or send flowers to the family in memory of Bernell M Petersen, please visit our flower store.
Send a Sympathy Card