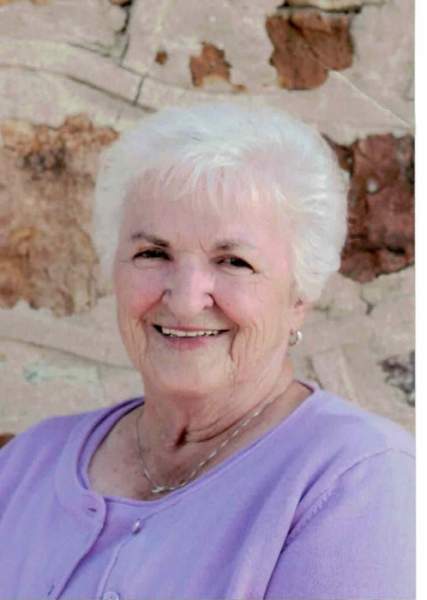 Barbara Jean Kirkbride Schvaneveldt, 82, passed away July 29, 2017 surrounded by her family in her home in Logan, Utah from complications following surgery.  Barbara was born December 7, 1934 in Dayton, Idaho at the home of her parents, James Earl and Reta Call Kirkbride.  She was the second of four children and grew up in Dayton near her grandparents which she claimed made for “the perfect childhood”.  She attended school in Dayton and graduated from West Side High School.

She married Jerry Lee Schvaneveldt on May 9, 1952 in Dayton, Idaho and the marriage was later solemnized in the Logan Temple.  They moved to Weston and farmed on the family farm until 1964 when they purchased a farm and dairy in Whitney, Idaho.  In 1971, Jerry and Barbara began a career of racing quarter horses and on a journey that took them all over the western states as they worked side by side to build a successful business.  In 1989-92, they resided in California and managed Double Bar S Ranch.  Upon returning they bought a home in Dayton, Idaho and she went to work for Ritewood Eggs until her retirement.  In 2001, they moved to Smithfield, Utah and after Jerry passed away she moved to Logan where she has resided.

Barbara was a friend to all.  She loved people and people loved her quick wit and countless stories.  She loved her family and cherished her grandchildren and great-grandchildren beyond measure.  She was a devoted and dedicated member of the LDS Church and had held many callings through the years.  In her later years, she became a Jazz fan and loved following their games.

Barbara is survived by her children, Reta (Les) Braker of Logan, Utah; Monte (Bonnie) Schvaneveldt of Temecula, California; Lesa (Robert Boyce) Hirschi of Weston, Idaho; her siblings, Jim Kirkbride, Pauline Winward and Karon Pope; and by 25 grandchildren and 15 great-grandchildren.  She was preceded in death by her husband, Jerry; by her son, Jerry Scott Schvaneveldt; as well as her parents, Earl and Reta  Kirkbride.

The family extends their sincere and heartfelt thanks to Access Home Health and Hospice and especially to Bonnie and Diane for their excellent care and compassion.

To order memorial trees or send flowers to the family in memory of Barbara Jean Schvaneveldt, please visit our flower store.