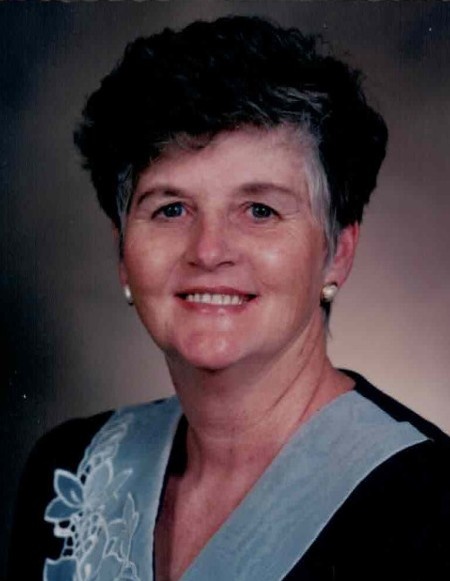 Barbara Page Bowles passed away September 27, 2018 and the world will be less interesting with her gone…She was born January 12, 1933 to Samuel Bryon Page and Hattie May Hymas in Preston, Idaho. She was one of six children raised in the midst of the depression and in the most humble of circumstances.  Her joys were always simple and her needs few.

On December 30, 1950 she married the love of her life, Kelly E. Bowles and after stays in Biloxi, Mississippi and Spokane, Washington (courtesy of the United States Air Force) she and dad settled in Fairview to farm, grow a business and raise six children.  There she remained for the rest of her life.

Although she never owned a passport, she sent her children and grandchildren all over the world to teach, mingle, and testify.  Although her education was limited, she was an avid reader and possessed an intellect that made her interesting in conversation and wise in outlook.  Although she never made us do our homework, from her and dad came a posterity with intellectual curiosity and a capacity for hard work.  To us, her children, mom was the epitome of grace and dignity with just enough irreverence and sarcasm to keep you on your toes wondering what she was going to say next.  Life with her was never boring, the conversation was always lively and the questions always to the point.  We will miss that.

She is survived by two daughters who are just like her, four sons who were always in awe of and just a little bit afraid of her: Kelly C. (Jackie) Bowles; Zan (Tamara) Bowles; Tina Marie (Lynn) White; Robert Dirk (Patricia H.) Bowles; Tyler J. (Marni) Bowles; and Brigitte Bowles; and numerous grandchildren and great-grandchildren who knew that if they mis-behaved, she was not going to let it go unmentioned.  She was preceded in death by her husband, Kelly and by a grandson, Zan Brock Bowles. We love you Mom.

To order memorial trees or send flowers to the family in memory of Barbara Bowles, please visit our flower store.