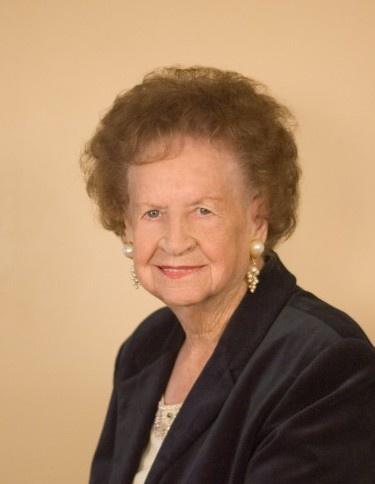 Barbara Stocks Bennett, 102 passed away in Clinton, Utah at the home of her daughter, Launa Vaterlaus, on September 12, 2016  of a stroke. She was born in Preston, Idaho August 26, 1914, to Henry and Vinnie Dopp Stocks.  She was the fifth of eleven children. She attended schools in Preston and graduated from Preston High School in 1932.

Her parents moved to Winder where her father owned a farm.  It was here that she met Floyd Alton Bennett whom she married on 22nd of November 1934 in the Logan L.D. S. Temple. They were married 70 years lacking 3 months, before Floyd passed away on Aug 24, 2004.

While living on their farm in Winder, they taught their children the ethics of working hard. Floyd and Barbara sponsored the Bennett Cup for many years and enjoyed seeing the young people of Preston High School compete in the different music categories.

Barbara and her husband performed many musical programs throughout the State and won the Franklin County, Regional, and Idaho State Senior Citizen competition in Boise in the best Novelty Act and also Best-Over-All winners.  They instilled a love for music in their children, grandchildren, and great-grandchildren.

Barbara was talented in many ways.  She made many beautiful quilts, spending hours quilting them by hand, then giving them away to her children, grandchildren, and others.  She has won many blue, Best of Show, and Sweepstakes ribbons at Franklin County fairs with her crocheted doilies, embroidery, flower arrangements, antiques, and poetry.  She loved entering items in the fair and did so until 2010 at the age of 96.

She loved doing genealogy work and researched many names of her ancestors from England, France, and Germany (Prussia). She had many spiritual experiences doing that work.  She also was in the extraction program working with Spanish names which she truly enjoyed.  She was a faithful member of Daughters of Utah Pioneers, and the Church of Jesus Christ of Latter-Day-Saints.

Barbara served in the church in many capacities including presidencies of Young Women, Primary and Relief Society, teacher in all organizations and served as an ordinance worker in the Logan Temple with her husband for many years.  Together they were also Ward missionaries.  Their greatest mission was taking care of Lloy, Floyd’s brother, after his parents passed away.

Funeral services will be held Saturday September 17, 2016 at 11:00 a.m. in the Winder LDS Chapel. A viewing will be held Friday from 6:00-8:00 p.m. at Webb Funeral Home and Saturday from 9:30-10:30 at the church. Interment will be in the Preston Cemetery. Memories and condolences may be shared with the family at www.webbmortuary.com

To order memorial trees or send flowers to the family in memory of Barbara Bennett, please visit our flower store.