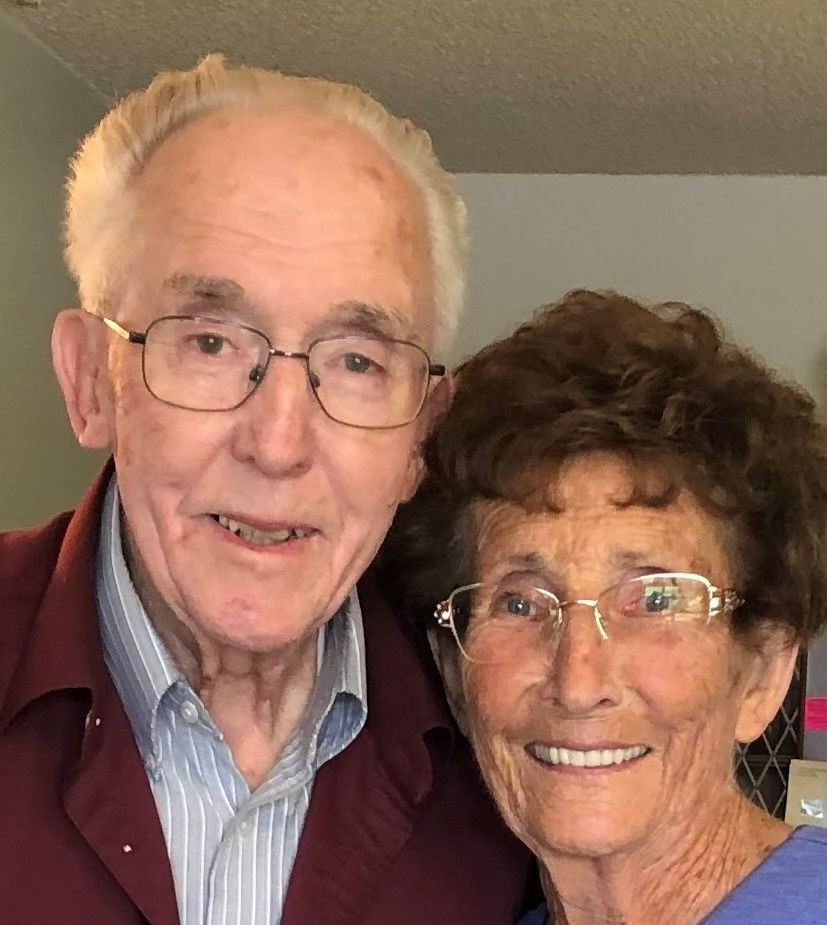 Arlo Montaine Larsen, age 90, passed away peacefully Sunday January 9th 2022 after spending time with family and friends. Arlo, and his twin brother, were born August 23rd, 1931 in Glendale Idaho. Arlo attend school in Preston, Idaho and graduated from Preston High school in 1949. He enjoyed many activities in high school including running track where he set the Idaho State record in the ½ mile. Dad attended BYU on a full ride Track scholarship and served a mission for the church of Jesus Christ of Latter-day saints in the Southern States mission. In his mission Dad was able to serve for over 6 months with his twin brother as his companion.
After his mission he married Maurine Bosworth and they had a son, Kevin. Maurine passed away in April of 1963. Arlo then Married Judy Fackrell Peterson in December of 1964, and they were married over 55 years until Judy’s death in November of 2020.
Arlo loved law enforcement and served with the Idaho State Police for over 27 years and was Sergeant in charge of the Alcohol Safety Action Program (ASAP). After his retirement in 1987 Arlo worked at the State of Idaho Outfitters and Guides. He also enjoyed Deer hunting and doing projects around his property. Dad was a lifelong member of the Church of Jesus Christ of Latter-day Saints serving in many callings and positions.
Arlo is survived by his brother Merlin Larsen, 93 (Peggy) of Idaho Falls; his brother Arlando Larsen, 90 (Verdeen) of Preston; his son Kevin Larsen, 62 (Cindy) of Highland Ut; and his Daughter Janet Rathgen, 54 of Ogden; 10 grandchildren and 3 great grandchildren. He was preceded in death by his parents and his first wife Maurine Bosworth and 2nd wife Judith Fackrell Petersen.
Funeral services will be held Saturday, January 15, 2022 at 1 pm. at the Preston 5th Ward Chapel, 213 S. 200 E., Preston, Idaho. The services will be streamed live and may be watched on Saturday at 1:00 p.m. (MST) by clicking on the following link:

Viewings will be held Friday, January 14th from 6 to 8 P.M. and again Saturday from 11:30 a.m. to 12:30 p.m. both at the Preston 5th Ward Chapel. Interment will be in the Preston Cemetery. Memories and condolences may be shared with the family at webbmortuary.com.

To order memorial trees or send flowers to the family in memory of Arlo Montaine Larsen, please visit our flower store.
Send a Sympathy Card