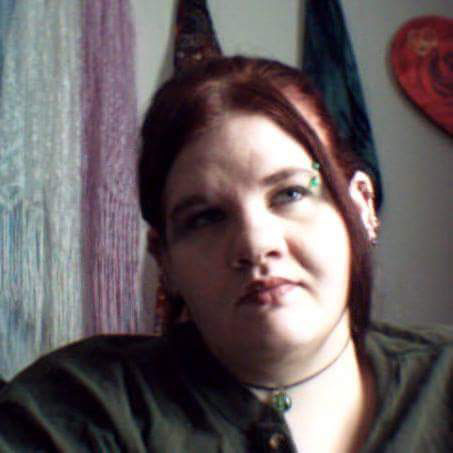 Amanda Sue Winger, (Mandee), 34, passed away June 15, 2017 in Preston, Idaho. She was born on March 10, 1983 in Preston, Idaho to Nolan Robert and Donna Beth Griffiths Winger. Mandee was a darling little baby that was the apple of her mother's eye. She was the 2nd child born to this couple having and older brother that adored her. Mandee spent a good part of her childhood and young adult life taking care of her ailing mother. She was a very compassionate person helping with her mother's needs and helping finish raising her youngest brother until her mother passed away in August 2006.

After he mom's passing she spent time with her brother and his children, loving playing with her nieces and nephews. Just a little over six years ago her greatest accomplishment, her son was born. She was so excited about him and loved every minute of being his mother. He was such a great blessing in her life, and one she was so thankful for.

Mandee sewed her own clothes and was always coming up with cute darling outfits to wear. We are not even sure she ever used patterns. She also enjoyed designing and making her own jewelry. Mandee enjoyed doing hers and anyone else's that would ask, nails and hair. She never got the opportunity to go to school to learn it but was very good at just watching someone else and learning. She always had hers done beautifully.

She is survived by her son Legin Wayne-O Moffet, of Preston, her brothers Clinton Winger, of Preston, and Robert (Danielle) Winger, of Blackfoot, ID; Joseph (Karla) Winger, of Brainerd, MN; nieces Tristan, Bryleigh, Ameilia, and nephews Damien, Brandon, Ricky Lee, and Robert, as well as many aunts, uncles and cousins that will miss her very much. She is also survived by her step father Al Parsons, of Preston. She was preceded in death by her father Nolan, mother Beth, grandparents Delmon and Kathleen Griffiths, and Eldon and Elva Winger, and her adopted grandmother Juanita Maley.

To order memorial trees or send flowers to the family in memory of Amanda Sue Winger, please visit our flower store.
Send a Sympathy Card