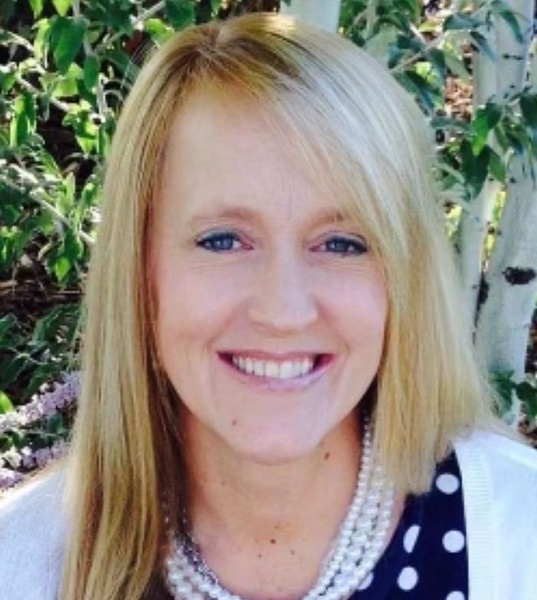 Allyson Bodily Wadsworth, 52, passed away February 5, 2022 at the LDS Hospital in Salt Lake City, Utah with her loving family by her side.  She was born March 31, 1969 in Preston, Idaho, the daughter of Cleve Jamison and Marian Louise Meek Bodily.  She married Heath Shepherd on February 24, 1989. He preceded her in death. On November 22, 1997, she married Clint Douglas Wadsworth in Logan, Utah.

Allyson’s passion for service was felt first by her family. If it was important to them, it was important to her, and she would do anything in her power to accomplish it with them. Even when you knew she wasn’t, she would say, “I’m fine.” Her family always came first. Family dinners were important to Mom and her great cooking was a bonus.

She dropped anything to be with her four grandchildren, and thoroughly enjoyed anytime she could spoil them. For years, after her own mother’s death, she took frequent meals into her father, and enjoyed helping him with whatever was important to him. Mom spent a lifetime supporting others, starting as a Phi-del at Preston High. As “Mama Wads” she was the loudest in the stands, cheering on her children and their teammates. She also enjoyed competing in the Ragnar and Epic races with her friends, and cherished a lifetime of friendship with them.

Her passion spilled out to her jobs, church and community as well. She loved the medical profession, and was most recently the foundation director for Franklin County Medical Center. At church, it didn’t matter what the calling was, she was all hands-on-board doing everything she could to help others in the variety of callings she held. She served in the Primary, Young Women’s, Relief Society and Sunday School.

As a Preston City Council member she was one of just three women to fill a council seat in the city’s history. Allyson strived to keep people first in all her decisions, and loved the opportunity she had to help create the city’s Downtown Trick-or-Treat, the splash pad, and chairing the Festival of Lights Committee. She was so proud of her committee members. Allyson’s time with family was by far her favorite time spent. She gave the best hugs, which we could all use right now.

We want to thank the Infusion Team at Logan Regional Hospital, Franklin County Medical Center, the LDS Hospital Bone Marrow Transplant Team and the LDS Hospital ICU team. Their genuine concern for Mom was a great comfort to us. If Mom could send another of her thank-you notes, she would, for the love and support that has been to expressed to us.

She is survived by her husband, Clint Wadsworth of Preston; by three sons and a daughter, Brayden Shepherd of Preston; Landon (Taylor) Shepherd of Preston; Derek Wadsworth of Caldwell, Idaho; Sydney (Sam) Seamons of Preston; by four grandchildren, by her father, Cleve Bodily of Fairview, Idaho; and by four sisters and three brothers, Christine (Mike) Fitzgerald of Billings, Montana; Jill Shupe of Herriman, Utah; Tracy (Lylene) Bodily of Fairview, Idaho; Karen (Jerry) Mumm of Provo, Utah; Steven (Rhonda) Bodily of Boise, Idaho; Darren (Jenna) Bodily of Preston; and Robyn (Trevor) Hunsaker of Orem, Utah.  She was also preceded in death by her mother and by her sister, Susan Fell.

Funeral services will be held on Wednesday, February 9, 2022 at 11:00 a.m. in the Preston Third Ward Chapel, 155 N. 2nd W., Preston, Idaho.  The services will be streamed live and may be watched Wednesday at 11 am (MST) by clicking on the following link:

Viewings will be held on Tuesday from 6-8 p.m. at Webb Funeral Home, 1005 South 800 East, Preston and Wednesday from 9:30-10:30 a.m. at the church.  Interment will be in the Preston Cemetery.  Memories and condolences may be shared with the family at webbmortuary.com

To order memorial trees or send flowers to the family in memory of Allyson Bodily Wadsworth, please visit our flower store.