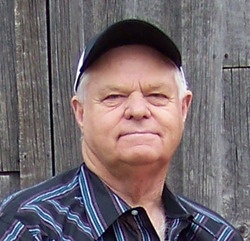 Leeds, UT –   Allen Stone Winn returned peacefully to his Heavenly home, Thursday, November 23, 2017 at his home in Leeds, Utah, surrounded by his family.  He was born November 16, 1947 in Preston, Idaho to Afton Stone and Bert Ervon Winn.  He was the 5th of five children, the only boy.

Allen grew up working with his family on the 41-Ranch in Preston, Idaho, where they raised beef cattle, milk cows and farmed various crops.

He met his sweetheart, Ellen Sue Shepherd, while dragging main in Preston.  They were married on August 19, 1966 in Dayton, Idaho, and were later sealed in the Logan LDS Temple, April 7, 1969.  Together they were blessed with three children: Troy Allen, Tonya Marie, and Vickie L.

Allen lived with passion and precision and it showed in all that he did.  He made a living early on by farming the rich Idaho soil, growing wheat, hay and corn.  He took pride in straight rows and high yields. He loved planting the seeds and watching them grow, and especially loved the harvest.  After gathering in his crop, he really enjoyed custom cutting grain for his neighbors and friends.  He found peace in the golden fields of grain and the smell of newly cut hay.

Even after moving to southern Utah he could keep an impeccable garden and grow the best tomatoes in the neighborhood. He had a soft place in his heart for animals and always gave them the best care.   As a child they had horses, beef cattle and milk cows and all the dogs and cats they could take care of on the farm.  He was given a calf he named Blaze, which he raised to show in the fair as a child, and always had a dog. Although he stopped farming and ranching in the 1980’s, the passion never left his heart and he loved to share his farming stories with his family and friends.  He had a mechanical mind early and quickly became the 41 Ranch mechanic and over all fix it guy.  He enjoyed repairing and fixing all of the machinery and prided himself in knowing and learning more about how things worked.  Being the only son, he was employed early on the farm driving and operating equipment.  He had stories of driving tractors at age 5, hauling cattle when he was 10, and everything else after that.  His sisters were so glad to have a boy in the family to do the “heavy lifting” and his dad started him young.

While farming Allen opened Rocky Mountain Communications/Audio in Preston and with Ellen at his side ran his business fixing and installing stereos, CB’s and Satellite Dishes around the valley.   The family moved to St. George, Utah in 1988 and he opened Pro Stereo, selling car audio.  Later, Allen sold his store and became an owner/operator and worked for himself and others, driving truck until his diagnosis of cancer in 2016.

Over his lifetime he enjoyed welding, wood working, restoring antique vehicles, building sandrails, restoring cars and trucks, and building 1/16 scale model semi-trucks.  This tough guy had a soft side and could write poetry and paint landscapes, especially the pictures from his childhood of his Cottonwood Ranch.  Allen loves his family and was very proud of his kids and their accomplishments.  In his last days he was surrounded by what was most important to him, his family.

To order memorial trees or send flowers to the family in memory of Allen Stone Winn, please visit our flower store.