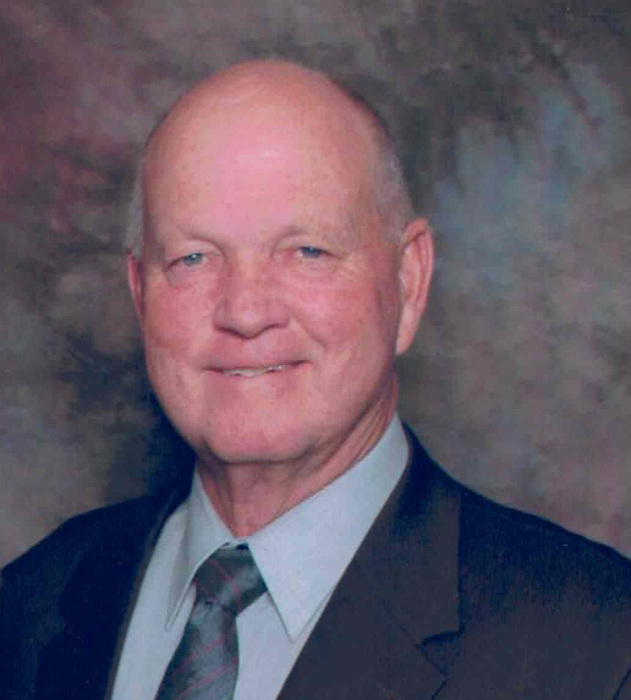 Our beloved husband, father, and grandfather, Alden Benjamin Turnbow, passed away peacefully on March 17, 2021, at home surrounded by his loved ones. Alden was born January 6, 1940, in Ogden, Utah, to Alden J. Turnbow and LaVee Morrell. Ben was raised in a loving home with four sisters. When he was younger, Ben’s family moved often and eventually settled in California, where he moved in across the street from a cute girl who lived next door, Dawna Lee Phillips.  They were soon married in the Los Angeles Temple on November 22, 1958. As newlyweds, Ben and Dawna packed their bags and moved to Cache Valley to further Ben’s education at Utah State University.  Ben promised Dawna that upon graduation, they would move back to sunny California, but sixty years later, he made sure he still had one semester left so he could stay in Cache Valley. Ben and Dawna moved to Weston, Idaho, with their two daughters and later added five more children to the family. Weston was where he enjoyed dairy farming, but the true purpose of the farm was to provide a place to raise his family by his side as he taught them the value of work and the importance of doing things together as a family. Ben deeply valued his membership in the Church of Jesus Christ of Latter-Day Saints where he served faithfully in various callings throughout his life.  A devoted disciple of Jesus Christ, Ben’s unshakable testimony and faithfulness was exhibited in every act and moment of his life.  He found joy in missionary work and was especially honored to serve a mission in the Dublin, Ireland Mission with his beloved companion Dawna. Another capstone of his service was the time he and Dawna spent serving together in the Logan Utah Temple. Ben is survived by his loving wife of 62 years, Dawna Lee Phillips; his children: Margie (Rick) Nielsen of Weston, Idaho; Cheryl (Jay) Lenkersdorfer of Burley, Idaho; Ben (Shari) Turnbow of Weston, Idaho; Carol (Brett) Beckstead of Tooele, Utah; Frank (Christine) Turnbow of Weston, Idaho;  Jane (Wayne) Beckstead of Clifton, Idaho; and Lynette (John) Jensen of Weston, Idaho; 31 grandchildren; 30 great-grandchildren; and his sisters, Pam Howard and Norma Zumbek. Ben was preceded in death by his parents; sisters, Ruby Burtson and Verna Howard; brothers-in-law, Don Howard and Jimmy Howard. Funeral services will be held Monday, March 22, 2021, at 11:00 AM at the Church of Jesus Christ of Latter-Day Saints, 825 N West Side Highway, Dayton, Idaho. Viewings will be held Sunday, March 21, 2021, from 6:00 PM to 7:00 PM at Webb Funeral Home, 1005 S 800 W, Preston, Idaho, and Monday from 9:30 AM to 10:30 AM at the Dayton church. The funeral will be available to stream live at 11:00 MDT at the following link https://youtu.be/L1fvFQj5s-I
To order memorial trees or send flowers to the family in memory of Alden Benjamin Turnbow, please visit our flower store.
Send a Sympathy Card