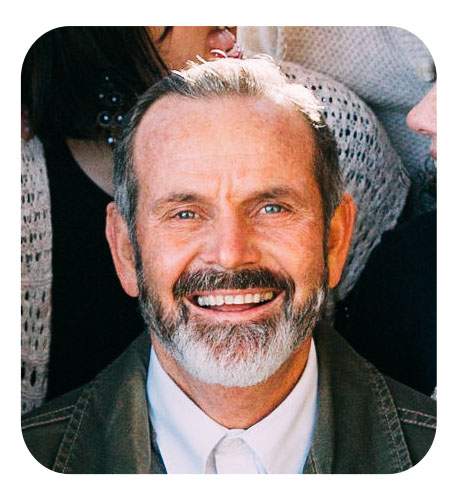 Alan Dee Burbank, beloved husband, father, grandfather, son, brother, uncle, and friend, passed away in his home on April 30, 2017 after a short battle with cancer.

He was born March 19, 1953 to Alvaro and Veneta Bodily Burbank in Preston, Idaho.He loved serving the Lord and was called to and served an LDS mission in the New York,New York mission. He had a sincere desire to preach and share the gospel to all whom he came in contact with because of the joy it has brought to him throughout his life. This was a joy he desired for all to experience.

The love of his life is his wife Joan Fenton who he met while attending school at Utah State University in Logan, Utah. They were married on September 24, 1976 in the Logan LDS Temple. He was drawn to her purity and love for her family. He immediately fell in love with her parents, Robert and Dorothy Fenton, who welcomed him with open arms.

He had the opportunity to do construction work on the Logan LDS Temple while attending school in Logan. Following his graduation from college, He was a school teacher in Vernal and Logan, Utah as well as Preston, Idaho and Ketchikan, Alaska. He had a passion for teaching and loved children. He valued his relationships with all of his family members and made it a priority for all to feel important and know that they are loved. He also enjoyed hunting, fishing, trapping, and camping with family and friends who hold those memories dear to their heart. His grandchildren have special memories of fishing and hunting trips as well as laughing and playing with their grandpa until wee hours of the night. He looked forward to watching his grandchildren's football, soccer, and basketball games.

He loved to listen to primary songs and spent the last days of his life receiving comfort and strength through the scriptures, teachings from the prophets, and the simplicity of Primary songs. He was a member of the church of Jesus Christ of Latter Day Saints. He cherished his membership and loved to serve. He was a wonderful example of charity, forgiveness, and genuine love.

Funeral services will be held on Saturday, May 6, 2017 at 11:00 a.m. in the Mapleton Ward Chapel, 5307 E. Cub River Rd., Preston, Idaho.  Friends may call Friday from 6-8 p.m. at the church in Mapleton and Saturday from 9:30-10:30 a.m. also at the church.  Interment will be in the Mapleton Cemetery.  Memories and condolences may be shared with the family at www.webbmortuary.com.  In lieu of flowers, donations may be made to the "Fund for Alan" set up at Lewiston State Bank to help with medical and funeral costs.

To order memorial trees or send flowers to the family in memory of Alan Dee Burbank, please visit our flower store.