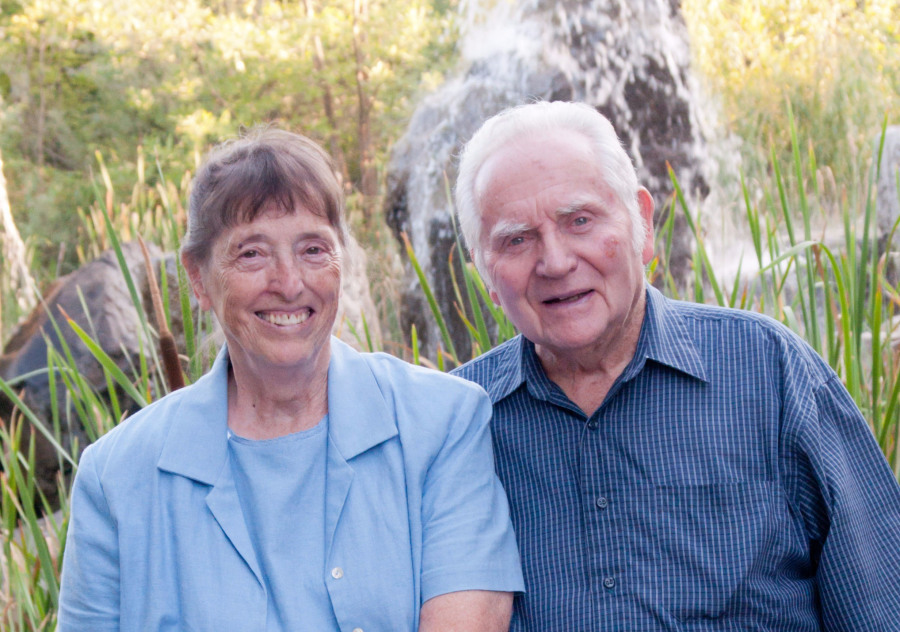 Margaret Lavona Dickson, age 79 years, died Sunday, November 20, 2016, also surrounded by her family at her home in Star, Idaho. Al and Margaret were married 59 years, sealed in the Logan, UT Temple, and leave behind their four children, Karri Welch, Michael Dickson (Amanda), Debralee Garrison (Ted) and Staceyanne Fontana (Scott). Al also leaves behind his son Allan Dickson (Debera). They are survived by 20 grandchildren and 25 great grandchildren. They are both preceded in death by their son Chris Henry, Al’s son Albert Lynn Dickson and their granddaughter, Julianne Roble.

Al was born and raised in Ogden, Utah, to Lorin and Erma Viola Dickson. He is survived by his brother Ivan Dickson (Alice), his brother Lloyd Dickson, his sister Barbara Lippold and waspreceded in death by his sister Faye Morely. Al served in the United States Navy from 1943 to 1945, when he was honorably discharged at the end of WWII.

Early in their marriage, Al and Margaret were called on a building mission to Ireland and England for the Church of Jesus Christ of Latter Day Saints, where they resided for several years, and their two middle children were born. Upon returning to the United States, they resided in the Farmington, UT area until the family relocated to Shasta Lake, CA, where Al was self employed as a licensed general contractor and Margaret was a dedicated mother and homemaker. Throughout their life together, they served in various callings within the church, including over 50 years as temple workers and 3 full-time missions: the Ireland/England building mission, a proselyting mission to Santiago, Chile and a proselyting mission to VeraCruz, Mexico. Their temple service included the Oakland, CA Temple, the Medford, OR Temple and the Boise, ID Temple.

Outside of their service to the church, Al and Margaret enjoyed a variety of activities throughout their life… annual family camping trips to the Redwood Coast, boating and skiing on the lake, touring as square dancers, and cross country trips on their Honda Goldwing with their motorcycle club. Both Al and Margaret were dedicated and loving parents, who always placed their children and their family above all else. They were also committed to serving their local community and the less fortunate, including over a decade of fostering more than 40 at-risk teens. Their love for each other, their children, their families, their friends and their faith in the gospel, was a shining light to all who knew them.

Rarely were these two separated from each other in life, staying together to the very end, and leaving this world for their new eternal adventure only a brief 4 days apart… they will be forever loved and forever missed.

Funeral services will be held on Saturday, December 3, 2016 at 12:00 noon in the Clifton LDS Chapel. A viewing will be held Saturday from 10:30-11:30 at the church in Clifton. Interment will be in the Oxford Cemetery. Arrangements are under the direction of Webb Funeral Home in Preston. Memories and condolences may be shared with the family at www.webbmortuary.com

To order memorial trees or send flowers to the family in memory of Al Dickson, please visit our flower store.
Send a Sympathy Card